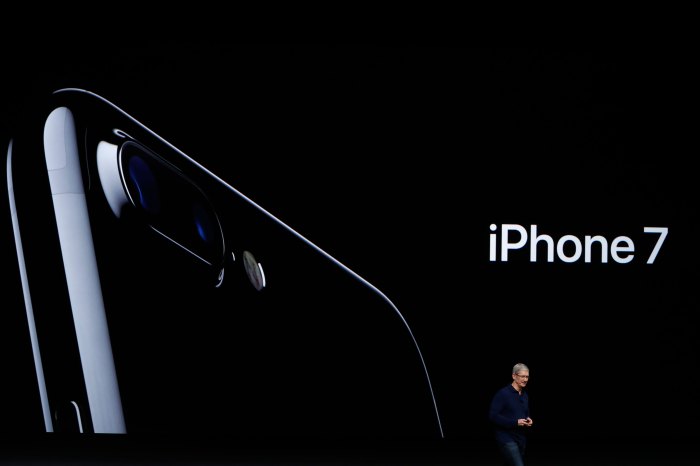 The day that most Apple fans (and many on the Stern Show) having been waiting for: the official iPhone 7 announcement. Once again, September marked the month in which Apple released details of their latest smartphone. Below, we break down everything the top Mac brass revealed and unveiled during Wednesday’s big event.

First, what’s outside – a shiny new frame called “Jet Black” that offers a seamless-looking surface between the glass and the aluminum back. For those who are in the market for more color, the iPhone 7 will also be available in gold, silver, and rose gold.

iPhone 7 will be dust and water resistant, but not 100% fully waterproof. Fall into a pool? You’ll be fine. But probably best not to take your phone into the shower with you.

The rumors were true: the iPhone 7 Plus will include a dual lens camera – one a wide-angle lens, the other a telephoto lens.

However, all new iPhones will include brand new optical image stabilization, allowing for up to three times longer exposure. Additional specs include a six-element, 1.8 aperature lens, a 12 megapixel sensor that’s 60% faster than previous models, and a quad-LED flash with 50 percent light output to detect and compensate for any imperceptible flickering of energy efficient lights.

No longer mechanical, the iPhone 7’s home button will be overhauled and (like many other Apple products) will rely on its new taptic engine. So you won’t have to actually click the home button, it’ll just feel like you are.

Things are about to get brighter. iPhone 7’s screen will be 25 percent brighter and will continue to support 3D Touch. 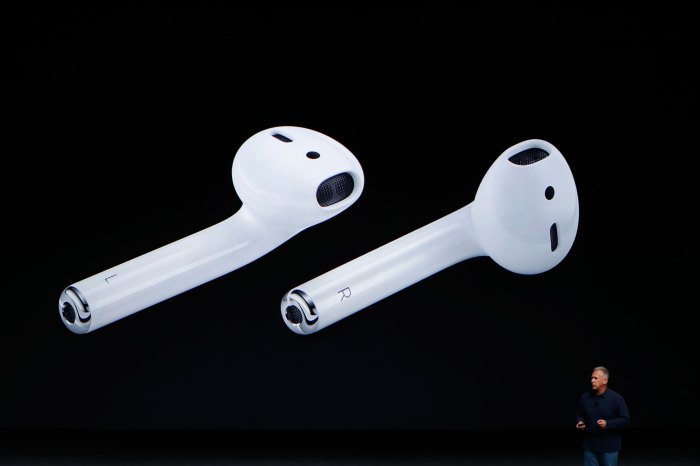 Easily the most talked about change ahead of Wednesday’s event, Apple confirmed that they are indeed doing away with the 3.5mm audio jack in the iPhone 7. But for those who wish to remain wired in the old-fashioned way, there’s no need to fear.

The headphones included with a new iPhone will plug in via the Lightning port, but a Lightning-to-3.5mm adapter will also come with every the new phone. But if Apple has their way, users will start to cut the cord completely with their wireless AirPods.

The Bluetooth earbuds are worn in-ear and only play music when they’re there. Take them out of your ears, the audio stops. Double tapping the AirPods will activate Siri.

The buds come in a compact charging case that offers 24 hours of additional battery charge to go along with the 5 hours of playback per charge. Once your AirPods are setup on one device, iCloud does the rest and automatically syncs them with your iPad, Apple Watch, and MacBook without any additional pairing necessary.

Apple introduced the Series 2 Apple Watch, announcing that unlike its predecessor, the new wrist gadget is water resistant to 50 meters. The company had concerns over how to keep water out of ingress points, including the watch’s speaker, so the Series 2 will use the speaker itself to eject any water that gets into the device.

The Series 2 watch is also brighter, has a built-in GPS, and will have new band designs to pair with it. A rep from Nike took the stage to announce that the athletic company was partnering with Apple on Nike+ — built with runners in mind. The device allows users to track their runs easier and come in four distinct colors.

Both Nike+ and the Series 2 watch will sell for $369. Series 1 Apple Watches will receive an upgrade to the dual core processor and will be priced starting at $269. 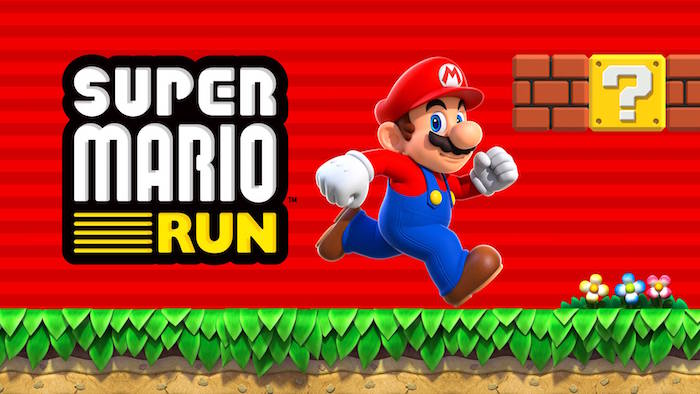 In one of the biggest surprises Apple has ever pulled off, Nintendo’s Shigeru Miyamoto showed up to announce that there will be a new game coming soon to iOS: “Super Mario Run.”

The goal of the game might sound familiar. Mario will run, collect coins, and pull down a flag at the end. But since Mario will be a forever-runner, users can easily play with a single hand. An asynchronous battle mode will also be available so that you can play against friends and see who gets the higher score.

The game will be a set price and will show up in the App Store before the 2016 holidays.

For any Pokémon Go players who also wear an Apple Watch, you’ll now be able to “catch ’em all” with ease. From the watch, users can hatch eggs, see their current level, and record walks as fitness activity. When the time comes to catch a Pokémon, though, you’ll still need to use your phone. The Pokémon Go Apple Watch integration is expected by the end of the year.

Finally, Apple talked about the A10 fusion chip that’ll be found in the new iPhone 7. Its four-core CPU includes two high-performance CPU and two “high efficiency” cores that run at one-fifth the power of previous phones to save battery life. There’s also a new performance controller to determine which apps run on which core. The iPhone 7 is expected to get around two more hours of battery life than on a 6S.

Today’s event wasn’t without issue, however. Before anyone from Apple took the stage, photos of the new iPhone were leaked both by Amazon and Apple themselves.

An early product page on Amazon.com showed the world what the phone looked like and what products will be available for purchase.

A few minutes later, Apple tweeted about the new iPhone before Tim Cook was even able to introduce it at the event. Some suspected it was an intentional spoiler but the tweet was soon taken down, and the show went on as planned.