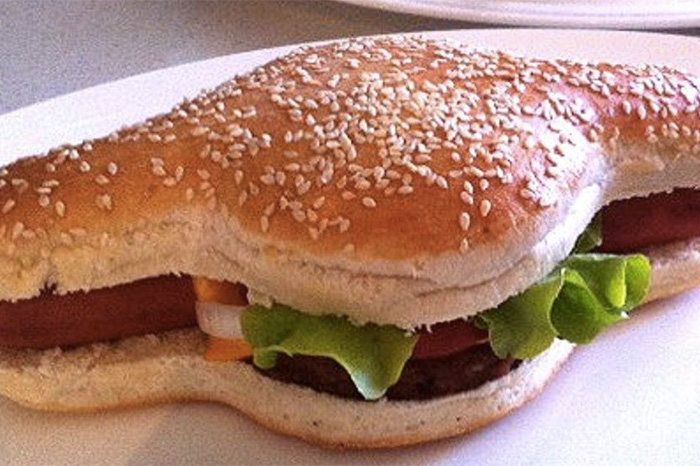 Aussie entrepreneur Mark Murray has given birth to the hamdog, which is exactly what it sounds like: a hot dog and a hamburger nestled together comfortably on the same bun.

Murray first patented the product in the U.S. in 2009 and brought his idea public last year on Australia’s version of “Shark Tank,” but it didn’t go well. Now he’s selling hamdogs on his own at fairs and markets in Western Australia, where he’s found some success.

“We launched our marquee two months ago and we had people come from everywhere just to experience the Hamdog,” he told News.com.au. “At one stage the crew were knocking out about one every 15 seconds. It was amazing.”

Murray’s currently seeking franchises interested in distributing his creation. Thus, if you own a few Burger Kings and you’re struggling to make ends meet (or even just hoping to make meats meet), you might consider giving Mark a call.

Check out a video for the hamdog (below).