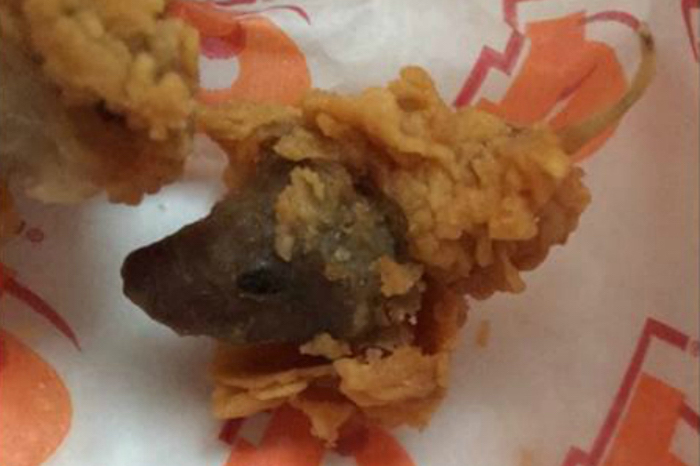 No one likes when a restaurant blunders their order, whether it’s mayo after you’ve asked for none, a steak medium rare when you requested medium well, or… a surprise rodent head.

Harlem resident Rosemary Thomas recently posted photos allegedly revealing a fried rat head in her order at a Popeye’s Chicken. “Friends and family, this is a meal Popeyes in Harlem served my daughter, my niece and sister,” Thomas wrote in the caption. “This is clearly a rat and they have the nerve to have a 5 rating by the department of health.” Indeed, this particular Popeye’s does have an A grade, according to the Health Department.

Renee Kopkowski, a spokeswoman for Popeye’s, said the Department of Health has once again investigated the franchise — located at 2730 Frederick Douglas Blvd., for the cautious types — but it found nothing that would change the A grade.

Popeye’s food supplier, meanwhile, claimed that strange objects found in the chicken “usually turn out to be chicken organs.” No comment, however, on which chicken organs are shaped like rat heads.