The 30-year-old “Fury” star and his longtime girlfriend got hitched in Las Vegas on Monday, according to reports 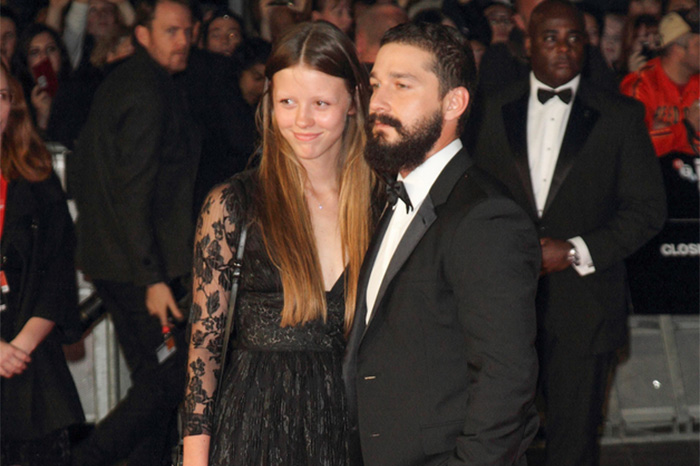 Mia Goth and Shia LaBeouf in 2014 at the “Fury” premiere. Photo: PRPhotos

The 30-year-old star pulled the trigger at a touristy chapel in Sin City called Viva Las Vegas, according to reports. The ceremony had two different themes, Elvis Presley and Hawaii, and an Elvis impersonator drove Mia to the chapel in a pink Cadillac.

Shia has been at the center of a few major stunts before, including one that led Howard to compare him to Yoko Ono, but he and Mia’s unannounced nuptials are being treated as legitimate. The couple has been engaged since at least March and TMZ even scored a picture from inside Monday’s ceremony:

And check out another must-see Shia video here.