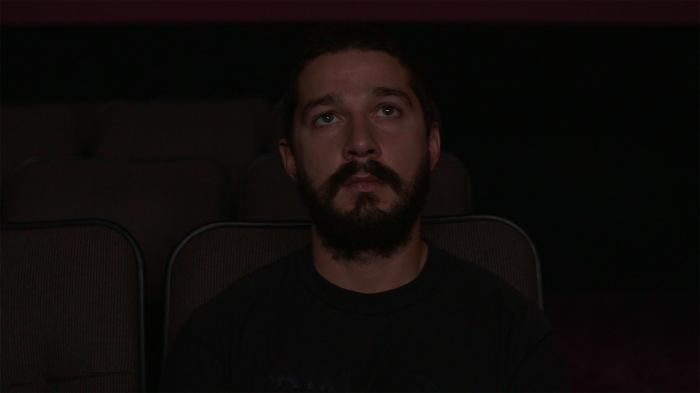 If you haven’t heard yet, actor Shia Labeouf has a new stunt where he is watching all of his movies at the Angelika Film Center in New York City in a three-day marathon and fans can join him. He’s even live-streaming it.

Howard loved the concept. “He’s like Yoko. He’s got some really out-there ideas.” He also called in Steve Brandano, who is a major Labeouf fan.

“He commits to everything, you know what I mean?” Brandano explained. He said that he previously bet Will Murray that Shia would win an Oscar within five years and though he lost, is still holding out that it will happen. “He’s the greatest, Shia we love you.”