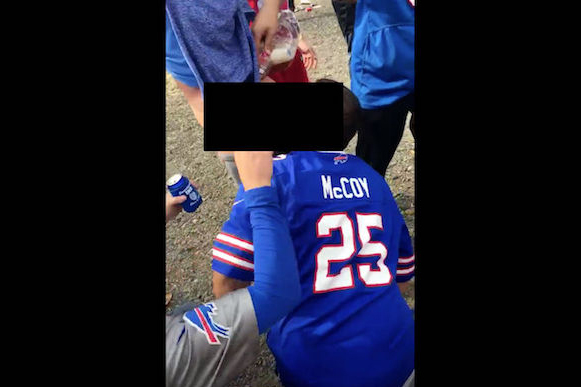 During the NFL season, tailgating is a sacred art. Many fans have different rituals and practices, but on Sunday one Buffalo Bills fan was intent on putting the “tail” in “tailgate.”

A video posted to Twitter reveals a fan wearing a LeSean McCoy jersey (making like Richard Christy and) drinking alcohol through a pair of butt cheeks before Sunday’s game between the Bills and San Francisco 49ers.

The pregame ritual seemed to work, as the Bills won the game 45-16. Check out the uncensored video (above).