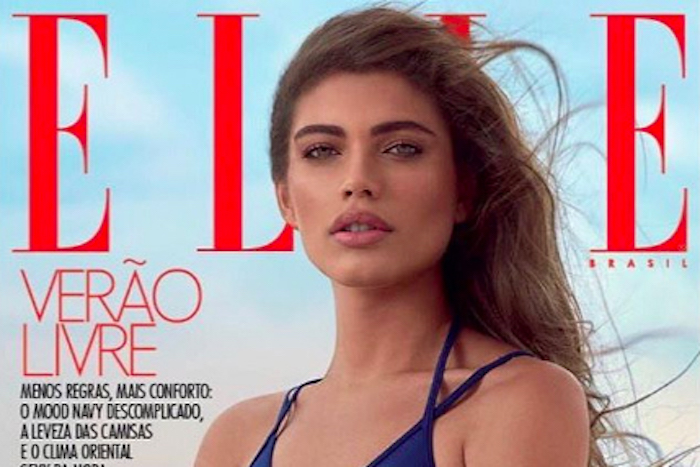 When the November issue of ELLE Brazil hits newsstands, many will notice the beauty of the cover model without giving it a second thought.

The woman on the cover is 19-year-old trans model Valentina Sampaio, however, which marks another big step for trans models and the fashion industry at large. She’s only the second transgender woman to grace the cover of ELLE Brazil, and the first since trans model Lea T.’s appearance in 2011.

Sampaio first came out as a trans woman on International Woman’s Day earlier this year in a video for L’Oreal Paris (below). “Beauty is something that transcends the body,” she said. “It comes from the soul.”

Sampaio’s cover comes on the heels of fellow trans model Hari Nef appearing on the cover of ELLE UK in July. Check out Sampaio’s full cover (below).