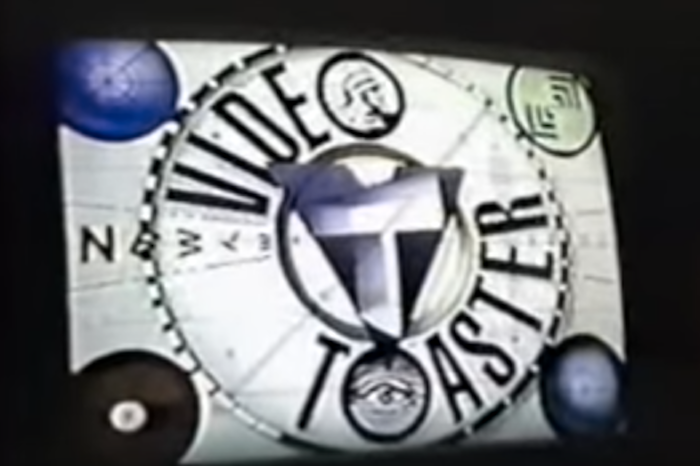 “Buckle up your seatbelt, Jack, and open up your mind, and let the Video Toaster take you places you’ve never been before.”

That’s a snippet from the suave, smooth, oddly sexy narration accompanying this 1987 demonstration film for the video editing system, the Video Toaster by NewTek.

Invented by Dana Carvey’s brother Brad – as mentioned in his Stern Show interview Wednesday – the Video Toaster is the latest in 1980s digital technology, combining hardware and software to make “the world’s first video station.” The Toaster boasts features such as swipes, digital video effects, and a character generator, “putting video in the hands of the people!”

The dynamic voiceover (by Ken Nordine) may be worth the ten minutes alone, as Nordine presents the many features often through conversations with himself.

The Video Toaster became commercially available in 1990, and was only officially continued (in a much updated model) in 2010. Check out the video (below).