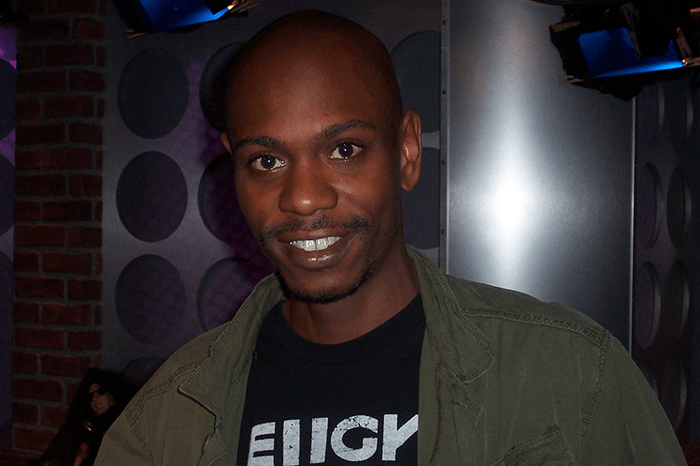 On June 6, 2001 Dave Chappelle sat in studio alongside Howard and Robin throughout the show to promote his standup gig at Carnegie Hall, where he’d be performing that night as a part of the Toyota Comedy Festival.

It wasn’t Chappelle’s first time on the Stern Show and, as such, he was comfortable mixing it up with staff, guests, and Wack Packers alike. Lucky for listeners, the stars aligned that day and Chappelle got the chance to interact with all three.

Howard kicked off the show as Chappelle settled in and, before long, announced actor David Duchovny would be coming in to plug his new movie, “Evolution.” He also said Beetlejuice, a major Duchovny fan, would be stopping by toward the end of the interview while dressed like an alien.

Chappelle was excited to meet David Duchovny but admitted he had been scared to meet Beet the first time he came to the Stern Show .

“Don’t be scared, he’s a great guy!” Howard assured him.

After a quick break, Duchovny arrived and talked to Howard about his new film, but it only took a few minutes before Chappelle interrupted the interview with a question of his own.

“How old is your baby?” Chappelle asked.

After Duchovny said she was two years old, Dave matter-of-factly replied: “Oh ok, she’s too old for my baby to fight.”

Howard and Robin erupted into laughter.

“I like baby fights. I like to have him in there with other babies and just mix it up,” Chappelle continued, explaining his son was only eight months old.

Howard turned the interview back to Duchovny’s television and movie career, but toward the end of his time in the studio the discussion once again returned to baby fights. 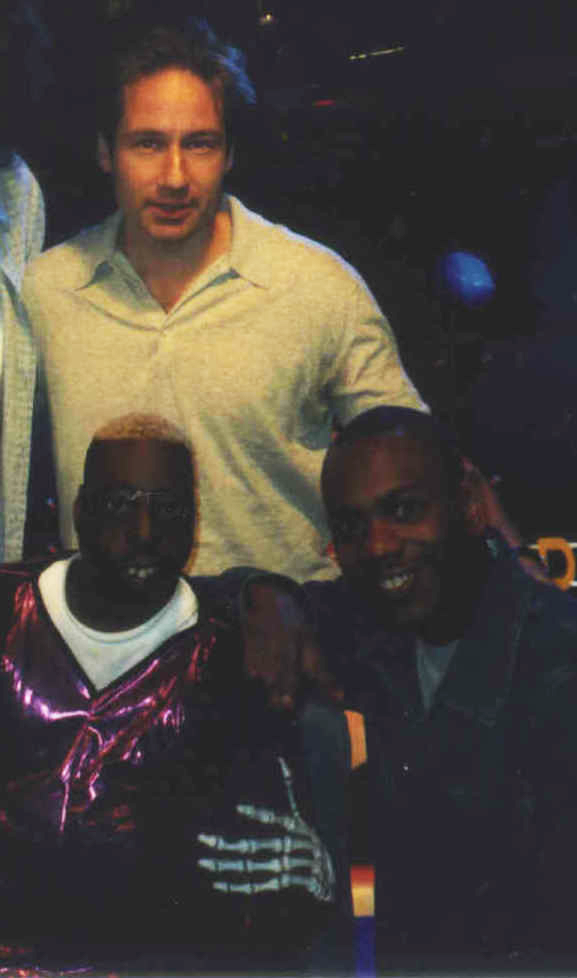 “My baby is going to fight Dave’s baby,” Duchovny joked.

“That’s right, baby fights!” Chappelle shot back excitedly. “My baby’s the greatest baby of all time,” he bragged before the two discussed the specifics of how the fight between their children would play out.

“Oh yeah, he got two teeth. He can tussle,” Dave said.

Hear the full exchange (below).

Before David Duchovny could leave, Howard also brought in Beetlejuice, who was decked out in full alien regalia to honor his “X-Files” hero.

While Duchovny and Howard talked over plans to meet up in L.A., Chappelle informed them he and Beet would be hanging out on their own, and asked if they could all meet up and play doubles tennis.

Robin feigned surprise, telling Beet she didn’t know he was so close with the famed comedian. “We always friends. We always seeing each other all the time,” the Wack Packer explained.

“We homeboys like that,” Dave said. “Man, this is what me and Beetlejuice didn’t tell you all [though],” he continued. “Beetlejuice, don’t we fight crime on the weekends, me and you?”

“That’s right. We do,” Beetlejuice said.

“Giuliani didn’t clean this city up — Dave Chappelle and Beetlejuice cleaned it up,” Chappelle told listeners.

And with that, the meeting of a great comedian, actor, and Wack Packer ended just as suddenly and spontaneously as it had begun.