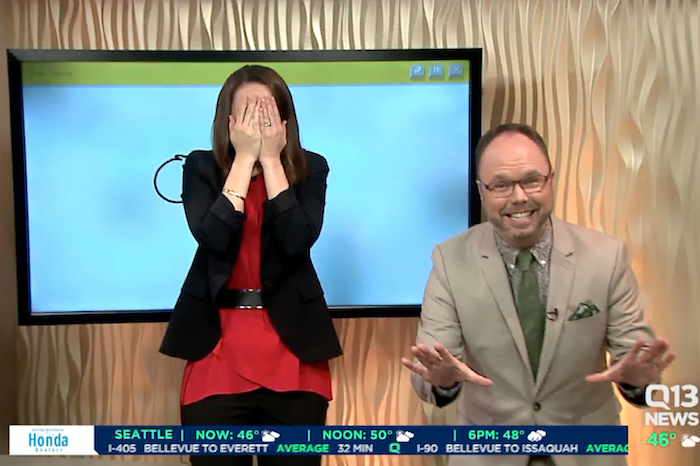 If you’ve played Google’s new Quick, Draw!, an artificially intelligent version of Pictionary in which users draw items for the computer to guess, you can probably relate to Q13 Fox Seattle news anchor Kaci Aitchison’s plight.

Thursday morning, Aitchison was involved in a demonstration of Google’s new game on live TV, and the picture she was assigned to draw was a cannon. You can probably imagine how that went down:

After the broadcast, Aitchison took to Twitter to reinforce her innocence: