Driver had allegedly smuggled $300,000 worth of marijuana and other drugs in 10 gift-wrapped boxes 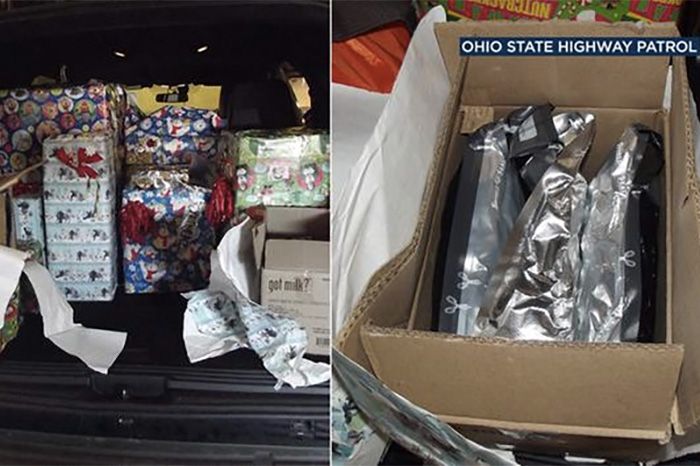 On Monday, the Ohio State Highway Patrol seized 71 pounds worth of marijuana and other drugs wrapped up as Christmas gifts. The cops found the drugs, worth an estimated $300,000, in a rented SUV pulled over for a routine moving violation.

The driver — a 31-year-old man from Eureka, Calif. — was pulled over just south of Toledo for allegedly driving too close to another vehicle. According to reports, a K-9 unit wound up investigating his SUV, which led to the discovery of the gift-wrapped contraband.

In addition to 71 pounds of marijuana, police say they seized 360 THC pills and a pound of hash wax oil, which had been split into 10 different wrapped packages (pictured above).

The driver was arrested for suspicion of drug trafficking and has a court appearance scheduled for next week.