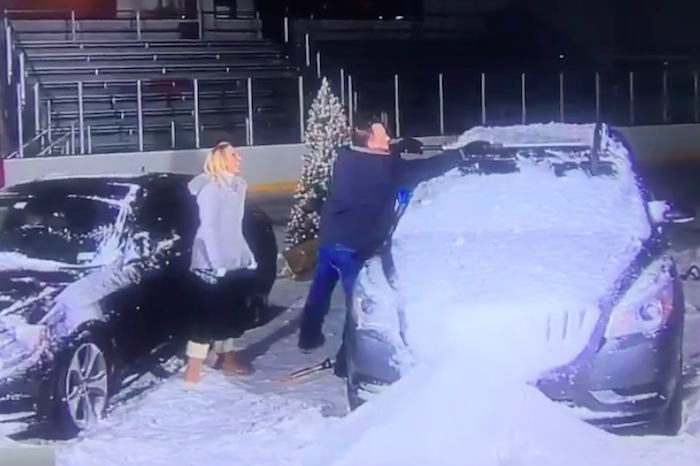 Every day it seems as though “Hit ‘Em With the Hein” conquers new ground. This cultural dominance continued Wednesday, when the popular Stern Show catch phrase was dropped on the home shopping network QVC.

Before demonstrating the fine snow brushing abilities of the Snow Joe Telescoping Snowbroom and Ice Scraper on location at a skating rink, the male host proclaimed “I’m gonna hit ’em with the Hein — here we go!” Here’s a look at the clip, captured via Twitter:

Back at the home studio, the female host expressed extreme confusion of the phrase just uttered. “Did Scott say last time that he was going to give it the ‘hind treatment’?” she asked. Check out her confusion:

This is the second ice-related “Hit ‘Em With the Hein” spotting this week, with the phrase also making an appearance at a Springfield Thunderbirds hockey game.