In 2006, the late music legend joined the Pink Floyd guitarist onstage to sing the classic from “The Wall” 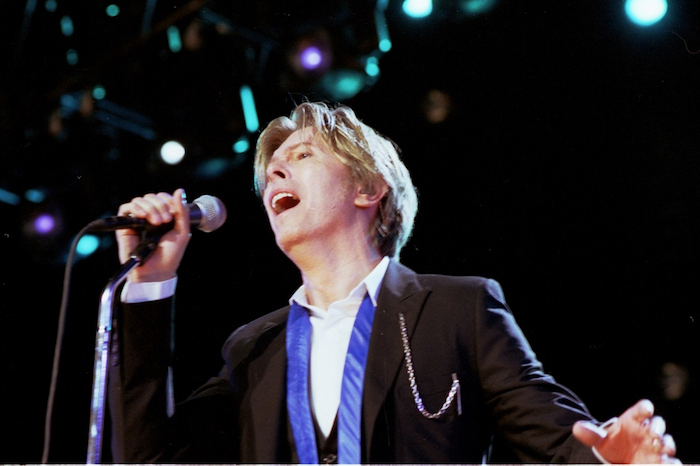 In 2006, David Bowie had been out of the spotlight for a few years following his 2004 heart attack. However, when invited by Pink Floyd guitarist David Gilmour to take part in his “On an Island” tour’s three-night stand at the Royal Albert Hall in 2006, Bowie made a triumphant return to the stage.

While Gilmour also featured other talented musicians such as former Stern Show guests David Crosby and Graham Nash, as well as original Floyd keyboardist Rick Wright, Guitar Player writes that Bowie’s presence was noteworthy for the influence that Pink Floyd had on him as a young artist, particularly the work of late founder Syd Barrett. “He was so charismatic and such a startlingly original songwriter,” Bowie said of Barrett in 2006 upon the Floyd founder’s passing. “Also, along with Anthony Newley, he was the first guy I’d heard to sing pop or rock with a British accent. His impact on my thinking was enormous.”

Bowie joined Gilmour onstage for performances of Barrett’s own “Arnold Layne” and Floyd classic “Comfortably Numb.” Check out the video of “Numb” (below).