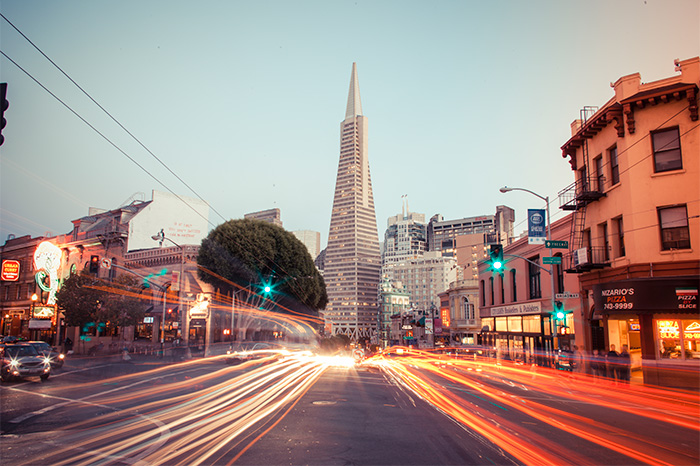 Uber has taken its new driverless car service back to the place where it all started.

The ride-sharing company on Wednesday began rolling out self-driving cars in San Francisco, the city where the tech and transportation company was founded in 2009. It’s now the second city in the world — behind Pittsburgh — offering driverless rides from Uber.

“Starting today, riders who request an uberX in San Francisco will be matched with a Self-Driving Uber if one is available.” Anthony Levandowski, the company’s VP of self-driving technology, wrote in a blog post published Wednesday on Uber’s website.

“The promise of self-driving is core to our mission of reliable transportation, everywhere for everyone,” the post continued.

Wednesday’s rollout introduced a new car, too — the XC90, a self-driving SUV from Volvo outfitted with, according to the New York Times, “a kind of radar based on laser beams” as well as a ton of cameras and wireless tech.

While the XC90s are now operating in San Fran sans driver, they do come equipped with a real live Uber engineer, who sits behind the wheel and waits to takeover, should it for whatever reason become necessary.

The robot revolution may not come without a few hiccups, however, as just a few hours after the self-driving cars were unveiled, The Verge has already found footage of a self-driving car running a red light with a pedestrian present.

After completing its review of the incident, though, Uber has announced one of its human drivers is to blame: “These incidents were due to human error,” a spokesperson for Uber told The Verge. “This is why we believe so much in making the roads safer by building self-driving Ubers. These vehicles were not part of the pilot and were not carrying customers. The drivers involved have been suspended while we continue to investigate.”

Click here for more on the story or watch the presentation video (below).