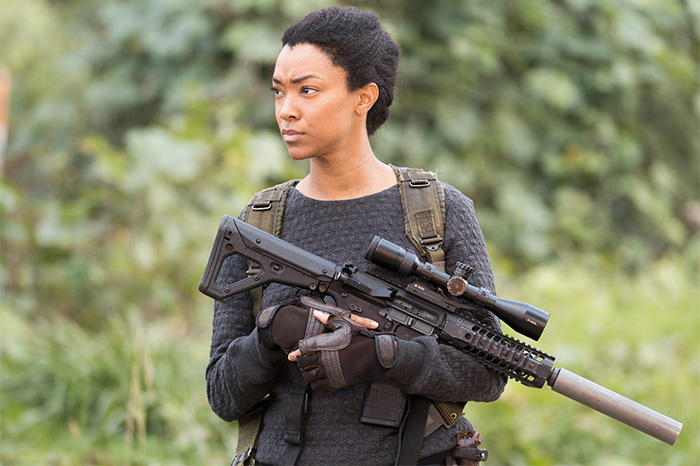 A “Walking Dead” star may soon be leaving the zombie apocalypse behind in order to focus her efforts on the Final Frontier.

Sonequa Martin-Green, who plays Sasha on AMC’s hit zombie drama, has been cast as the lead on CBS All Access’s upcoming series “Star Trek: Discovery.” It’s a historic development, too, as it marks the first time an African-American woman will topline the cast of a “Star Trek” film or series.

While Martin-Green will be the focal point this next installment of the “Star Trek” franchise, the 31-year-old actress won’t play a Starfleet captain. According to reports published Thursday, her character is a lieutenant commander on the Discovery who comes “with caveats.” She’ll be flanked by previously announced “Discovery” co-stars Michelle Yeoh (“Mechanic: Resurrection”), Doug Jones (“Falling Skies”), and Anthony Rapp (“Rent”).

Martin-Green has been a mainstay on “The Walking Dead” since Season 3, playing firefighter-turned-apocalypse survivor in Sasha Williams. It’s unclear whether her new role on “Discovery” means Sasha is fated to soon become zombie chow.

“Star Trek: Discovery” premieres May 2017 on CBS All Access.