He and his brothers plan to lease an 11,000 square-foot space in a Crowne Plaza hotel 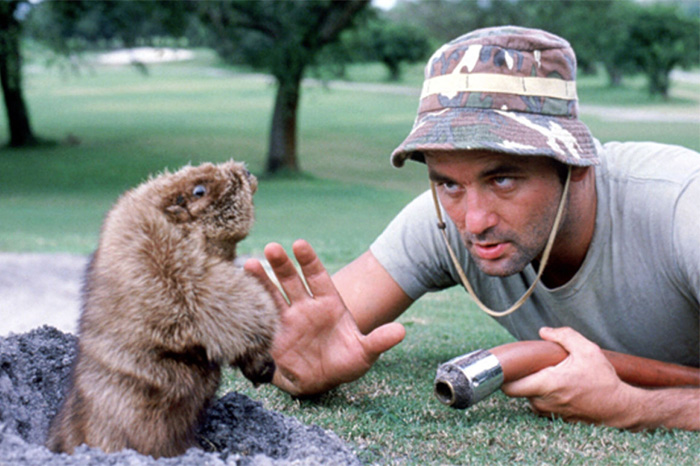 Actor, comedian, Stern Show guest, and noted Cubs fan Bill Murray is opening a a “Caddyshack”-themed bar in Rosemont, Ill., a suburb of Chicago, according to a report by the Daily Herald.

He and his five brothers, who are also his business partners, filed paperwork for the necessary permits and reached a verbal lease agreement on a 11,000-square-foot-space inside Rosemont’s Crowne Plaza hotel. This marks the second “Caddyshack”-themed eatery for the Murray brothers, who also opened one up in St. Augustine, Fla., back in 2001.

Bill played gopher-hunting-groundskeeper Carl Spackler in the 1980 film “Caddyshack,”also starring Rodney Dangerfield and Chevy Chase. His older brother Brian Doyle-Murray co-wrote the film with director Harold Ramis, which was based on the Murray brothers’ real life experiences growing up near a golf course in Winnetka, Ill.

It’s unclear when the new “Caddyshack” bar and restaurant is expected to open its doors, but the quality of service is sure to be better than this: