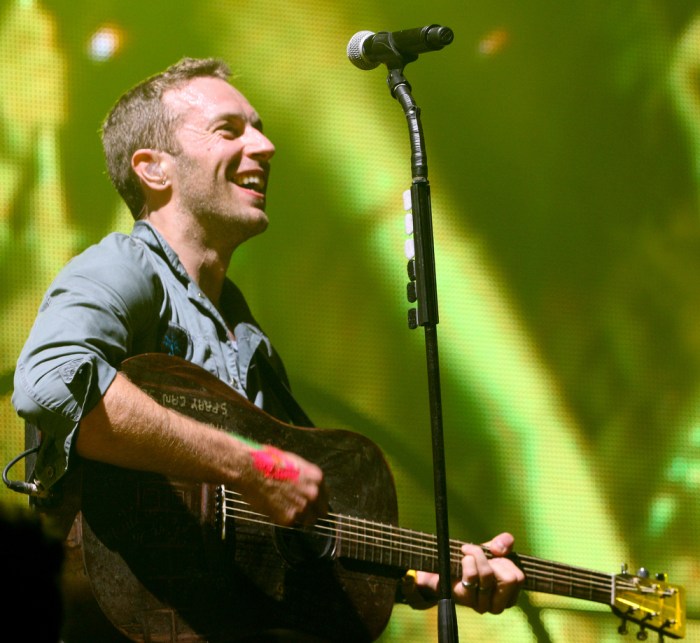 Few artistic mediums can be created in a vacuum — least of all music. As such, we took a look at some of the bands that Coldplay frontman Chris Martin (Wednesday’s Stern Show guest) has credited with inspiring his iconic sound.

Listen below for some sonic match-ups that highlight Chris’ influences (which range from Scottish rockers to Norwegian pop stars and one of the best-selling groups of all-time), plus hear how they manifested in his music. Also be sure to check out Coldplay’s latest album, “A Head Full of Dreams,” out now.

Chris Martin Says: Travis is “the band that invented [Coldplay] and lots of others.”

Hear It In: Coldplay “Spies”

Chris Martin Says: “… I put a-ha’s first record on … I just remembered how much I loved it. It’s incredible songwriting…Everyone asks what inspired us, what we’ve been trying to steal from and what we listened to as we were growing up – the first band I ever loved was a-ha.”

Hear It In: Coldplay “Don’t Panic”

Chris Martin Says: “Sometimes I feel like they cleared a path with a machete, and we came afterward and put up a strip mall… I would still give my left ball to write anything as good as ‘OK Computer.'”

Hear It In: Coldplay “God Put A Smile On Your Face”

Chris Martin Says: “U2 are the only band whose entire catalog I know by heart … The first U2 album I ever heard was ‘Achtung Baby.’ It was 1991, and I was 14 years old. Before that, I didn’t even know what albums were.”

Hear It In: Coldplay “Speed of Sound”

Chris Martin Says: “We were really getting into things like P.J Harvey and Muse – things with a bit more energy.”

Hear It In: Coldplay “Clocks”

Check out Coldplay’s new album “A Head Full of Dreams,” out now!