For the better part of a century, the father and son pairing of Carl and Rob Reiner has been creating some of the most iconic, influential, and downright hilarious comedy to ever penetrate the zeitgeist. Conversely, the Reiners are masters of versatility, creating nail-biting political thrillers, beloved romantic comedies, and even two separate Stephen King adaptations. In this handy timeline, we take a look at some of the Reiners’ greatest contributions to entertainment, comedy, and pop culture at large over the last 70-plus years. 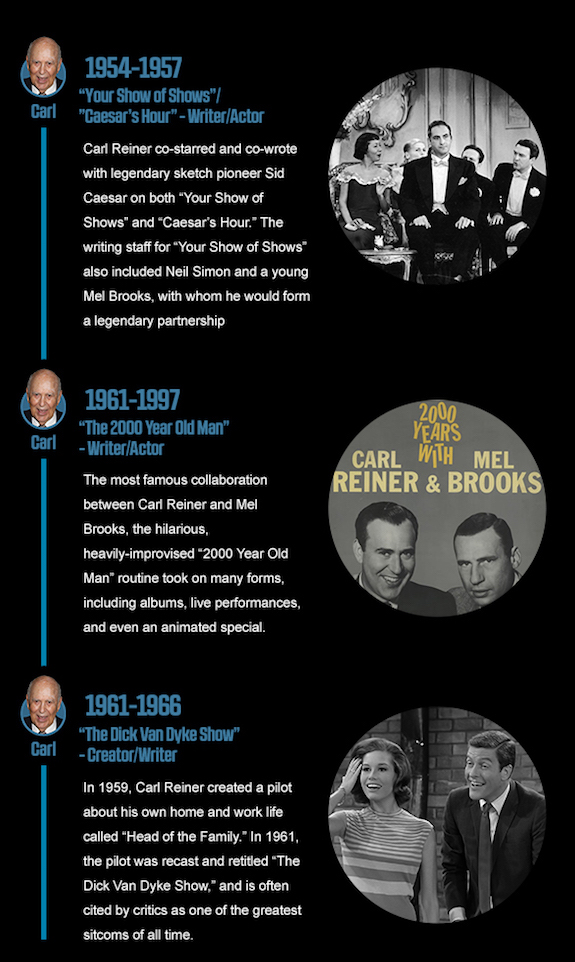 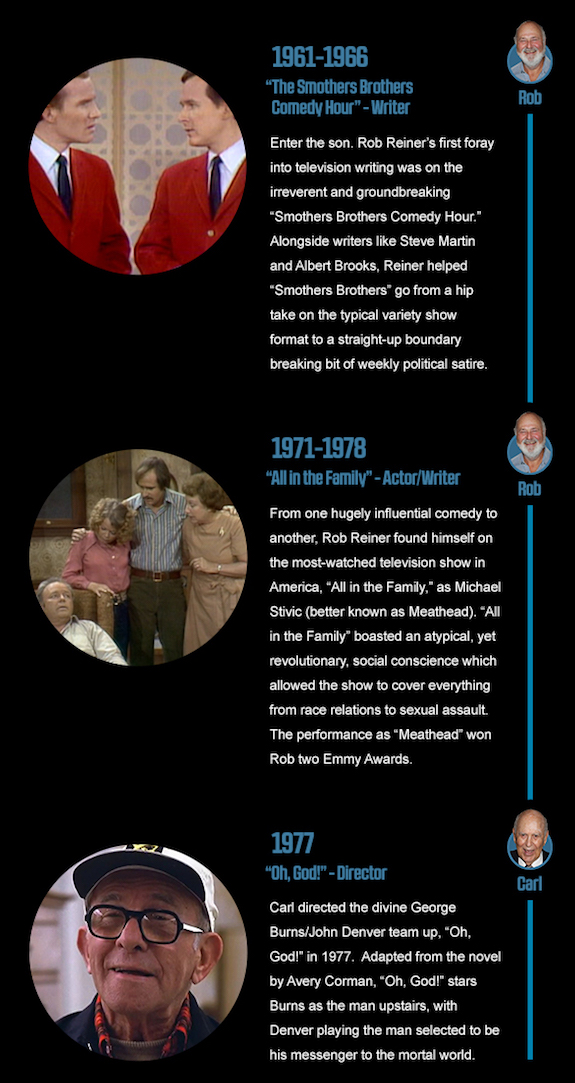 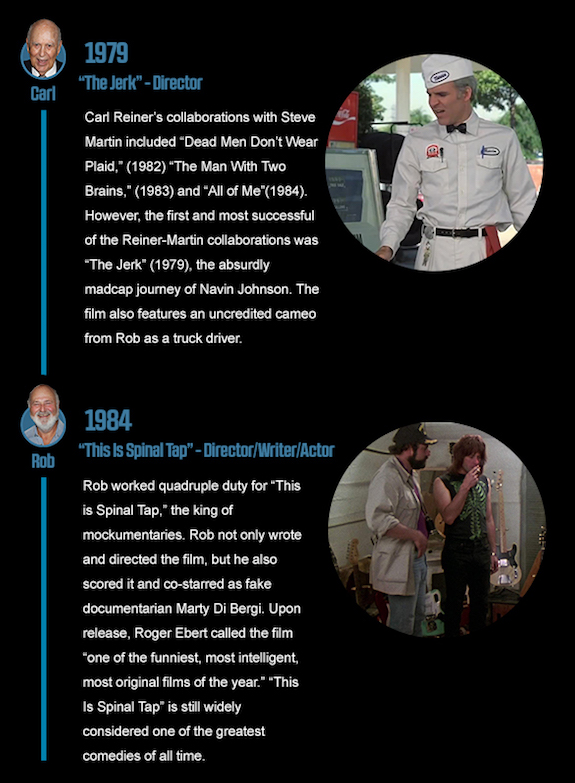 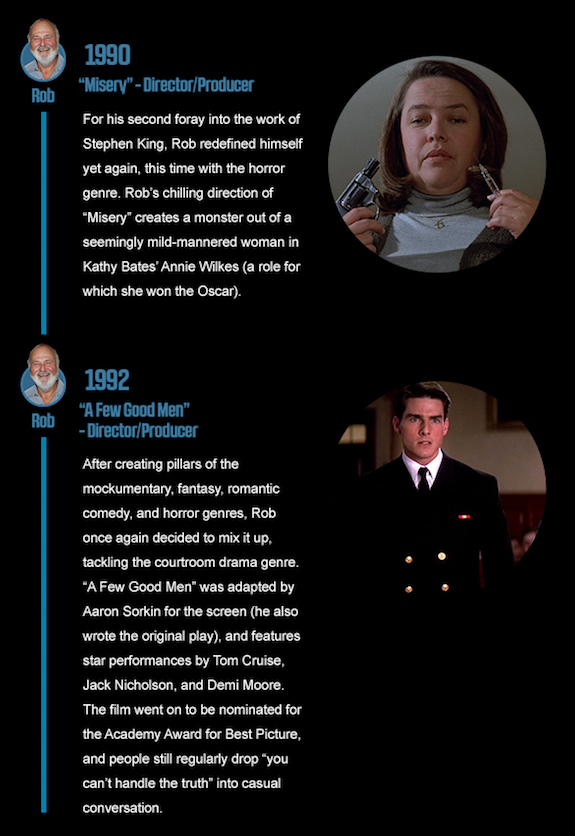 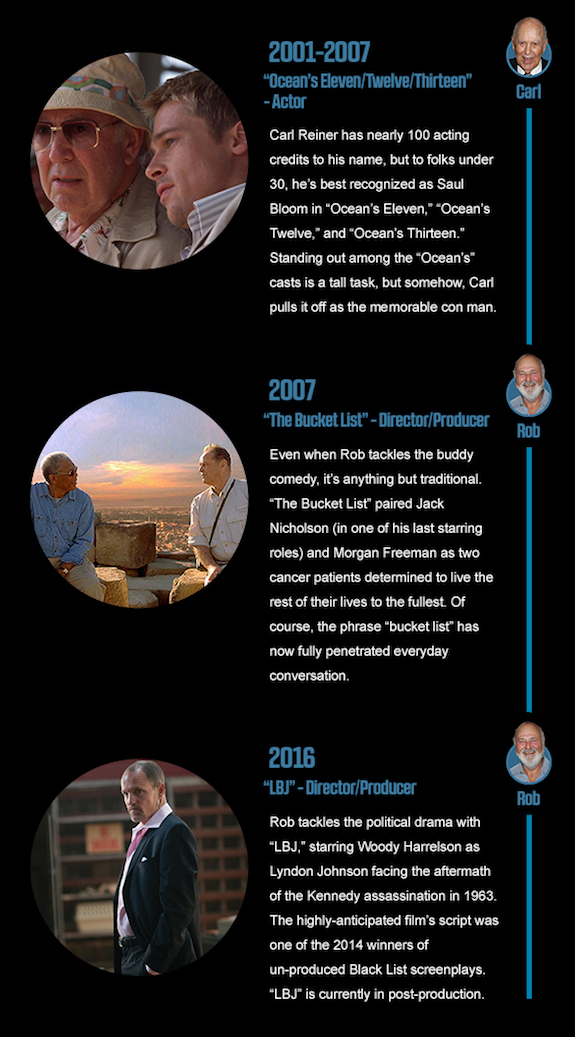 Tune in Tuesday on Howard 100 to hear Rob Reiner’s first Stern Show appearance and be sure to check out his latest film, “Being Charlie.”