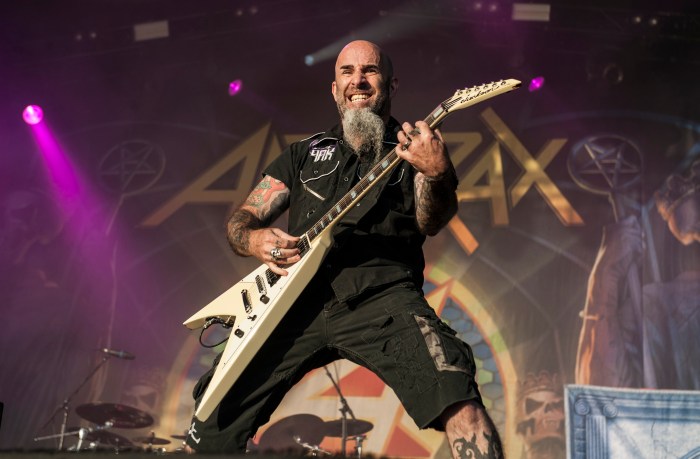 Thrash metal legend and Stern Show superfan Scott Ian of Anthrax is taking over Howard 101 on Friday, Sept. 16 at 11pm ET for a docu-concert that will feature a special presentation of the band’s epic performance recorded live from last year’s Loud Park Festival in Japan, coupled with the stories behind the concert and more from the band’s 35+ year history.

Plus, not only will Scott dive into his rich musical history, but he’ll also be going back into the Stern Show vault to resurface some of his finest moments on the show, from his first ever appearance to the infamous 1997 incident in which he avoided criminal charges by calling in live to offer an apology to George Steinbrenner after he was caught sneaking around the Yankee’s spring training camp in Tampa, Florida, and so much more.

Catch a sneak preview of Anthrax performing “Antisocial” below and tune in to Howard 101 on Friday night at 11 p.m. ET for “Howard Stern Presents: Anthrax.”