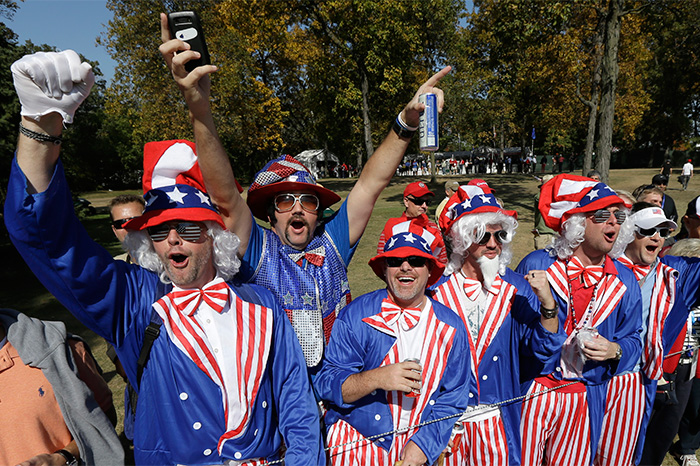 He recently penned an ire-filled column ahead of the 2016 Ryder Cup, a biennial golf tournament pitting European pros against their American counterparts. Among other things, Willett wrote that he hopes Team Europe will beat Team USA badly enough to “shut those [American] groupies up.”

He continued: “They need to silence the pudgy, basement-dwelling, irritants, stuffed on cookie dough and pissy beer, pausing between mouthfuls of hotdog so they can scream ‘Baba booey’ until their jelly faces turn red.”

The “Baba Booey” bomb is one of golf’s great traditions, but Willett wasn’t wrong about the wacky characters who come out every two years to watch the Ryder Cup, which tees off this Friday at Minnesota’s Hazeltine Golf Club.