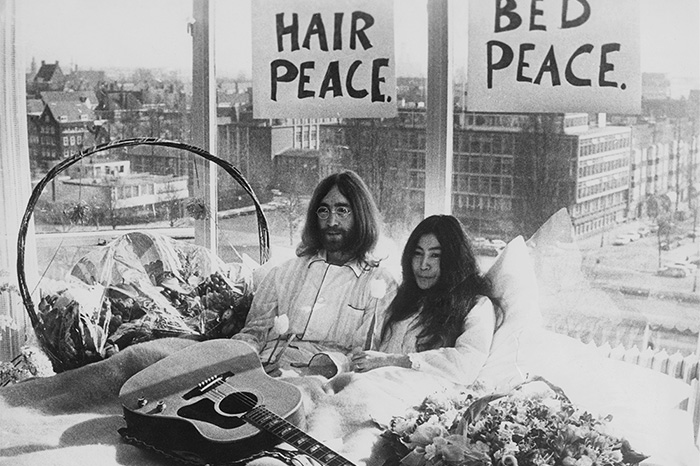 The relationship between John Lennon and his infamous widow Yoko Ono is being adapted into a feature film.

Mega-producer Michael De Luca (“Fifty Shades of Grey,” “The Social Network”) is reportedly collaborating with Ono on the still untitled drama. She will also serve as a producer, along with De Luca, Josh Bratman, and Anthony McCarten.

The film will track John and Yoko’s relationship as well as their anti-war involvements, according to Hollywood Reporter. The script will be penned by McCarten, who tackled a different celebrity’s relationship woes in his 2014 film “The Theory of Everything,” which earned him an Oscar nomination for Adapted Screenplay.

“The story will focus on ripe and relevant themes of love, courage and activism in the U.S. — with the intention of inspiring today’s youth to stand up for and have a clear vision for the world they want,” De Luca explained. “I am also honored and privileged to be working with Yoko Ono, Anthony McCarten and Josh Bratman to tell the story of two amazing global icons.”