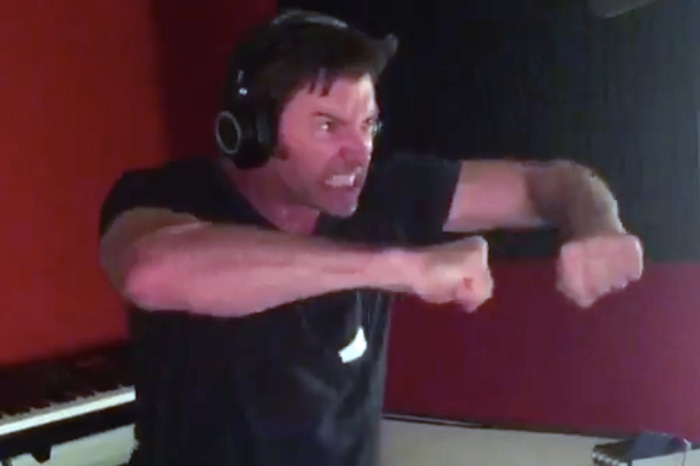 Hugh Jackman shared a behind-the-scenes “Logan” clip on Tuesday, proving more goes into Wolverine’s grunts and growls than one might assume.

The peek behind the curtain showed the actor recording Automated Dialogue Replacement (ADR) for his recently released X-Men spinoff, filled with brutal action sequences. Jackman brings tremendous physical energy to the process—in addition to unleashing a litany of guttural noises, he sprints in place, slashes at invisible enemies, and exerts so much effort that you can actually see his neck veins bulge.

Check it out (below):

A few hours later, Jackman took to Twitter again and shared an image of him facing off against #BananaWolverine. Clearly the acclaimed actor isn’t pulling any punches when it comes to promoting his final Wolverine film.