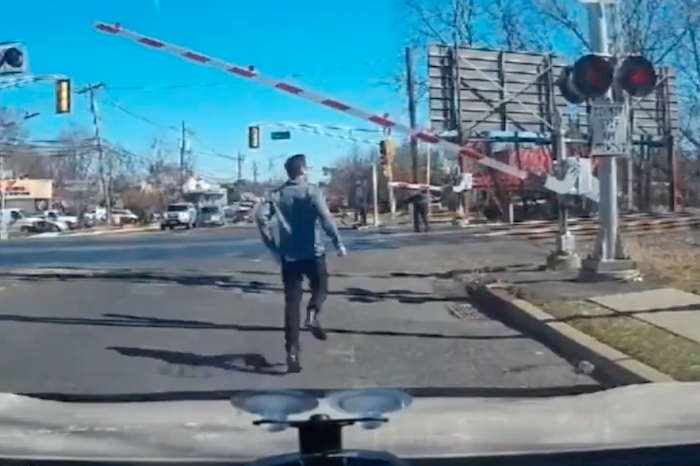 In life’s harrowing moments of truth, individuals are driven to greatness. Of course, it helps to have a great soundtrack.

Last week, New Jersey man Joe Mango was sitting in his car listening to the Stern Show at the Saddle Brook Railroad crossing when he noticed an elderly woman struggling to cross. As the 89-year-old reached the middle of the tracks, Mango saw crossing lights begin to flash and heard an incoming train sound its horn.

“I saw the train was really coming. I sprinted onto the tracks and I pulled her by the arm. She was scared, like I was trying to do something,” Mango told ABC7. “She actually stopped because she was scared, so then I tried grabbing her arm and then really tried pulling her. She was having a lot of trouble.”

Mango’s rescue was successful, with the train narrowly missing both him and the elderly woman. An ambulance was called to the scene and the woman was reportedly taken to the hospital as a precaution.

Check out the video (below) and keep an ear out for Howard conversing with Stern Show staffer Richard Christy in the background.

Read more about the incident here.