The rock and roll pioneer died on Saturday at age 90 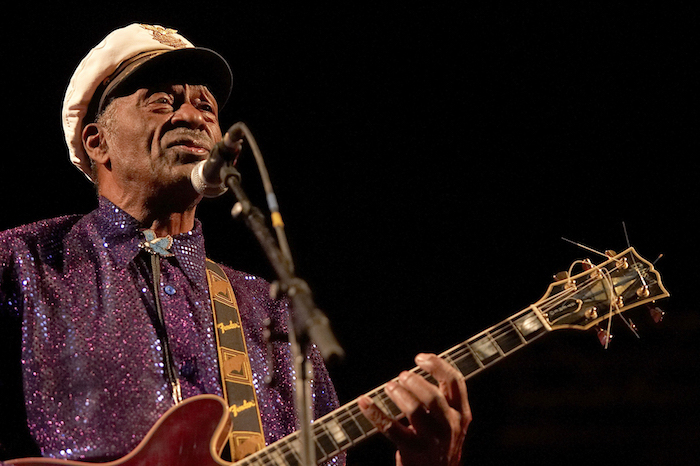 Chuck Berry, one of the true pioneers of guitar and rock and roll as a genre, passed away on Saturday at age 90. The guitarist and songwriter’s legendary body of work includes deathless rock staples like “Johnny B. Goode,” “Roll Over Beethoven,” “Sweet Little Sixteen,” and “Memphis,” among many others.

Since news of Berry’s death spread, the music community has shown an outpouring of love, remembrance, and tribute for the man who influenced nearly everyone, including several friends of the Stern Show.

Take a look at some of the Chuck Berry tributes from musicians on social media:

He had a gtr style that influenced so many generations of players. Oh yes and how to write a great RnR song. Rest in peace dear Chuck https://t.co/bWQogYSyqw

It started with Chuck Berry. He inspired us all. The 1st album I bought was Chuck’s “Live at the Tivoli” and I was never the same.

Heart broken to hear of the passing of Chuck Berry. He was undisputedly the king. A moment of silence is idefinitely n order. RIP

RIP Chuck Berry !!!! Thank you for the poetry, the passion and the potency! GO JOHNNY GO. – KU

I am so sad to hear of Chuck Berry’s passing. I want to thank him for all the inspirational music he gave to us. 1/3 pic.twitter.com/9zQbH5bo9V

He lit up our teenage years, and blew life into our dreams of being musicians and performers. 2/3 #ChuckBerry

His lyrics shone above others & threw a strange light on the American dream. Chuck you were amazing&your music is engraved inside us forever

Just let me hear some of that rock ‘n’ roll music any old way you use it I am playing I’m talking about you. God bless Chuck Berry Chuck 😎 pic.twitter.com/XmwmaGzGpL