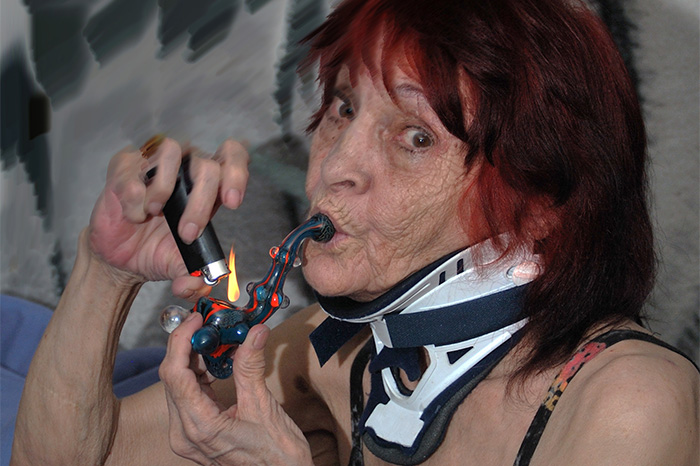 You can’t teach an old dog new tricks, but you can apparently give an old mouse a like-new brain by getting it stoned.

Research published recently on Nature.com concluded that supplying old mice with a chronic low dose of THC—a.k.a. the psychoactive ingredient in marijuana—has a rejuvenating effect on their brains. According to their findings, it can even “reverse the age-related decline in cognitive performance” usually experienced by over-the-hill mice by modifying the gene profiles to make them look younger. “The expression profiles of THC-treated mice aged 12 months closely resembled those of THC-free animals aged 2 months,” the study found.

Their experiments used water mazes to test the mice’s spatial learning and memory. While the un-treated old mice predictably learned their way around the mazes much slower than the young mice, those old mice treated with THC show an “improved” performance.

What does all of this mean for elderly humans? Well, researchers haven’t begun human clinical trials yet, but they’re hopeful that the effects might be similar, positing that “chronic, low-dose treatment with THC or cannabis extracts could be a potential strategy to slow down or even to reverse cognitive decline in the elderly.”