Late-night host celebrates the 20th anniversary of his Comedy Central debut by reminiscing with Jon Stewart, John Oliver, Samantha Bee, and others 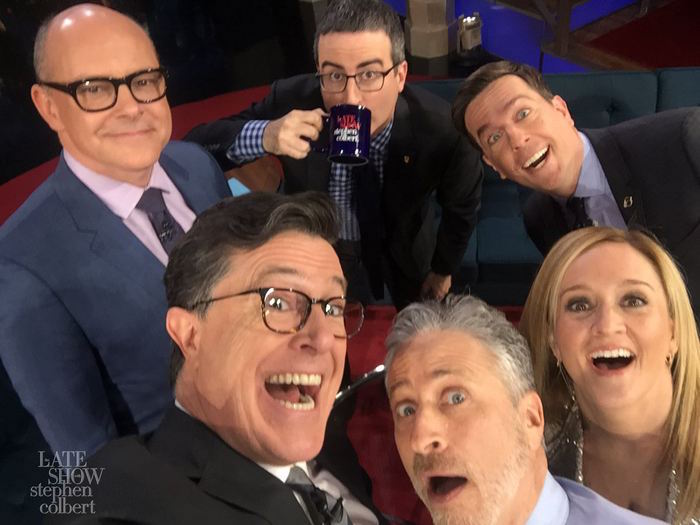 “Late Show” host Stephen Colbert first appeared on “The Daily Show” on June 26, 1997. On Tuesday, to celebrate the passing of (nearly) 20 years since that fateful day, he gathered several familiar faces from the Comedy Central staple’s glory days and dedicated his entire show to a reunion.

The real meat of the reunion, however, was Colbert’s one-on-one interview with Stewart and the ensuing extended sit-down with the whole group. In addition to reminiscing about their time on “The Daily Show,” Colbert and his former colleagues swapped memories of their more extreme field pieces and showed a few clips. Highlights include Helms getting a mole removed in his debut, Oliver breaking his nose during a Civil War reenactment, and Colbert describing how he once had to flee the Klu Klux Klan.

“This was what it was like to hang out backstage for years at ‘The Daily Show,'” Colbert said. “It was the greatest experience.”

Check out Colbert’s August 2015 appearance on the Stern Show, during which he showed off his Rolling Stones karaoke skills.