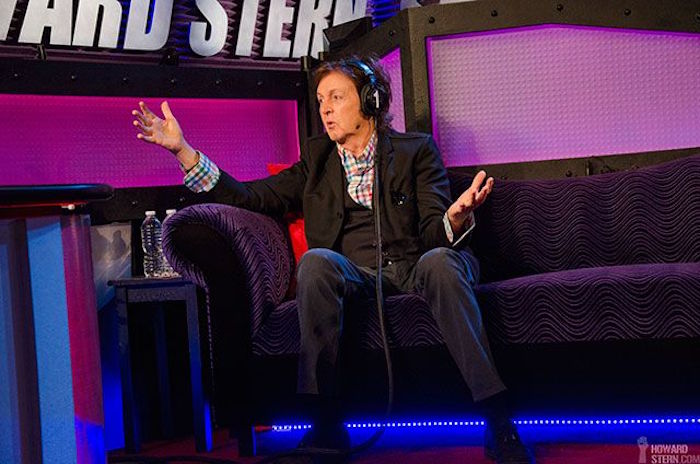 Early last year, it was announced Sir Paul McCartney would be joining Johnny Depp, Geoffrey Rush, and Javier Bardem in the fifth chapter of the “Pirates of the Caribbean” franchise, “Dead Men Tell No Tales.” On Saturday, McCartney revealed his pillaging, swashbuckling look to his Twitter followers (below).

Credited officially as “Jail Guard 2,” the former Stern Show guest is the second rock legend to make an appearance in Depp’s billion-dollar film series. Keith Richards, on whom Depp based his characterization of Captain Jack Sparrow, memorably appeared in “At World’s End” and “On Stranger Tides” as Sparrow’s father.

Check out the trailer for “Dead Men Tell No Tales” here and listen to McCartney’s 2013 interview on the Stern Show here.