The Beatles Are Back on Top of the Charts With ‘Sgt. Pepper’s’ 50th Anniversary Release 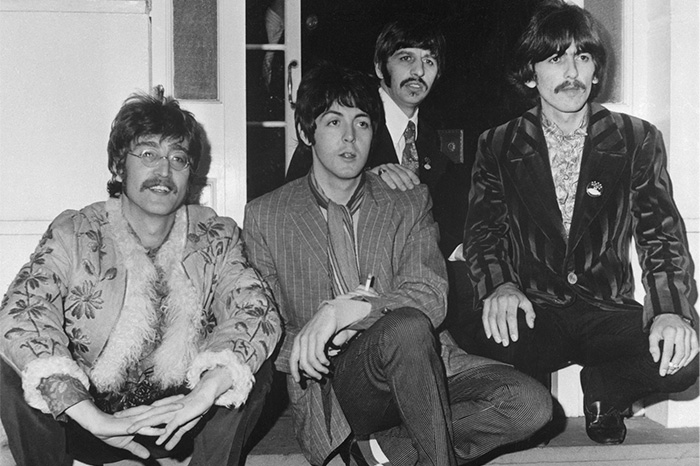 The Beatles at their manager Brian Epstein’s home in May 1967. Photo: Getty Images

If the music charts are any indications, the iconic Beatles album that brought the world “Getting Better” is indeed getting better all the time.

The Fab Four found itself back near the top of the Billboard 200 this week, after dropping a massive 50th anniversary reissue of “Sgt. Pepper’s Lonely Hearts Club Band” on May 26, which debuted at No. 3.

The six-disc, “super deluxe” box set re-release—which included everything from a remastered version of the band’s 1967 opus to a slew of studio session outtakes—sold 75,000 copies. It trailed only Bryson Tiller and Kendrick Lamar on the charts, with their albums “True to Self” and “DAMN” taking first and second place, respectively.

This marked the Beatles’ best showing on the charts since March 2001, according to Rolling Stone, when the band dropped its greatest hits album “#1” and wound up owning the charts for eight straight weeks. As for “Sgt. Pepper’s,” it’s the album’s best performance since Dec. 1967, when it was also ranked No. 3, according to Billboard.

Across the pond in the band’s home country of the U.K., the Beatles hit No. 1 once again, selling 37,000 more copies of “Sgt. Pepper’s” last week. The album now also holds the title of longest gap between its first week at the top of the U.K. charts and its current climb to No. 1.

Paul McCartney, who reportedly came up with the concept for “Sgt. Pepper’s,” has discussed his creative process during past conversations with Howard. Click here for a look back at his 2013 Stern Show appearance.