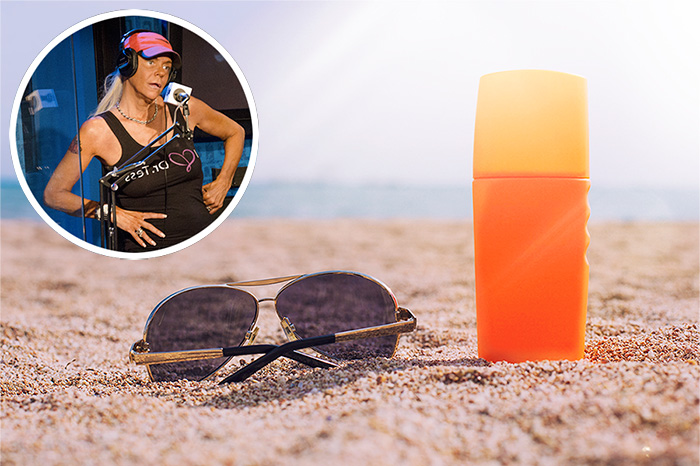 Robin Quivers shared news on Wednesday’s Stern Show of a new drug that scientists say could be of great benefit to anyone coveting the perfect tan, including one incomparably bronzed Wack Packer, Tan Mom.

Created by researchers at Massachusetts General Hospital, the melanin-inducing drug reportedly darkens skin pigmentation without exposing the body to the harmful UV radiation of the actual Sun, which is known to both accelerate aging and increase the likelihood of melanoma skin cancer.

The drug is applied by rubbing it into the skin, according to reports, and has thus far been tested only on mice and human skin samples. Amazingly, it’s said to even darken the skin of redheads and the ultra-pale.

Scientists have more than just cosmetic applications in mind, however. Dr David Fisher, a researcher involved with the project, said his team’s “real goal” is protecting skin from UV radiation and cancer, according to BBC News.

“Dark pigment is associated with a lower risk of all forms of skin cancers,” Dr. Fisher continued, explaining that sun-block is a necessary step in combating UV rays but that it’s also a double-edged sword because it “keeps you pale” and thus more susceptible to UV radiation. The ideal end goal, he said, is to create the ultimate UV blocker by combining his team’s tanning drug with an effective sun-cream.

The drug isn’t yet ready for the open market, however, as researchers still need to conduct more safety testing.