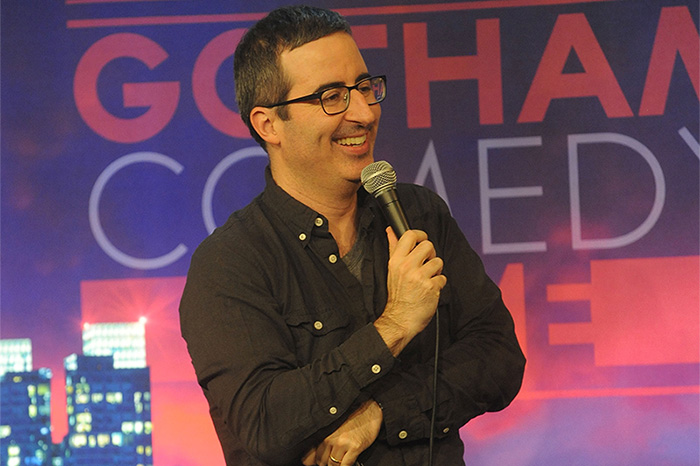 John Oliver has signed on to co-star in Disney’s upcoming live-action reboot of “The Lion King,” according to TheWrap.

Jon Favreau will direct the film, a CGI remake of Disney’s 1994 classic. In addition to directing all three “Iron Man” movies for the studio, the longtime Stern Show guest struck gold in 2016 with his live-action remake of “The Jungle Book,” which pulled in well over $900 million at the international box office. Favreau’s reimagined “Lion King” will reportedly feature songs from the original, which grossed $968 million worldwide and remains one of the biggest animated films of all time.

Oliver, meanwhile, may be best known for hosting HBO’s “Last Week Tonight,” but he’s no stranger to voiceover work either. In addition to having lent his voice to “The Smurfs” film franchise, “The Simpsons,” and “Bob’s Burgers,” he stars alongside Mila Kunis, Jennifer Garner, Matthew Broderick, and Jeffrey Tambor in next year’s animated film “Amusement Park.”

When Oliver made his Stern Show debut in 2014, he and Howard spoke all about his life and career, including getting “discovered” by Ricky Gervais, who ultimately recommended him to Jon Stewart for “The Daily Show.” Look back at their wide-ranging conversation here.