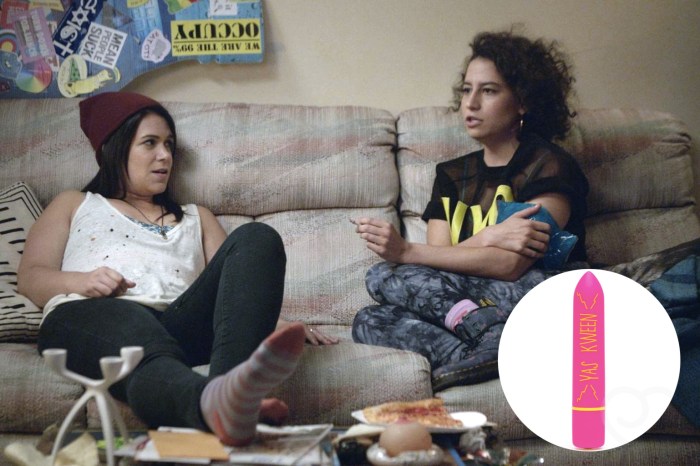 “Broad City” and its two co-stars have teamed up with Lovehoney—the sex toy manufacturers behind a “Fifty Shades of Grey” collection—to release a line of adult pleasure products in conjunction with the Comedy Central series’ upcoming fourth season.

“We’re really excited to have this line of pleasure products,” Ilana Glazer and Abbi Jacobson said in a statement. “We love that ‘Broad City’s’ sex positivity carries into real life with these products, and we hope the world enjoys them.”

However, none of the reviewers on Lovehoney’s site are as eloquent as Stern Show staffer Richard Christy was last August when he gave Ronnie’s cock ring a test drive. “My penis looks like Darth Vader or something,” Richard told listeners. “It’s pretty cool!”

Listen to the full conversation (below).