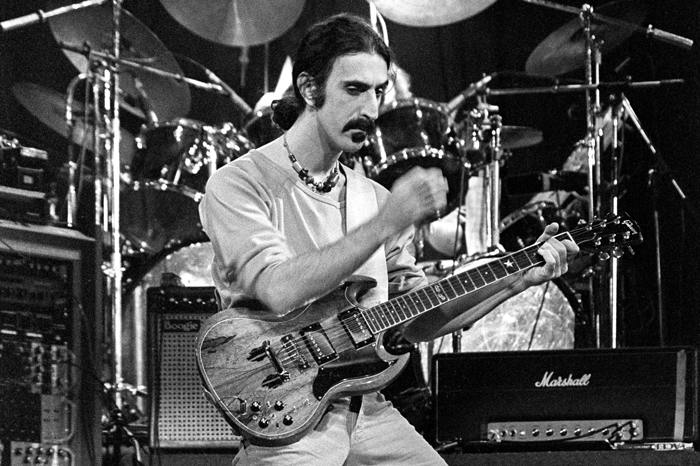 Fans of Frank Zappa will get a chance to see him in concert once again nearly a quarter century after he passed away. The experimental rocker is being brought back in hologram form for a new concert series reportedly scheduled to kick off later in 2017 that will include many of Zappa’s former bandmates and collaborators.

Ahmet Zappa, co-trustee of the Zappa Family Trust and Frank’s third child after son Dweezil and daughter Moon Zappa, shared in a statement details about his father’s tour, being billed as “Frank Zappa – Back on the Road: The Hologram Tour.” Set to perform alongside Frank once again are Ian Underwood, Denny Walley and Napoleon Murphy Brock, all former members of Zappa’s rock band the Mothers of Invention. Several of Frank’s “stunt guitarists” are also lined up for the tour including Steve Vai, Mike Keneally, Adrian Belew, and Warren Cuccurullo.

“I’m thrilled that Frank Zappa will finally be going back out on tour playing his most well-known music as well as some rare and unheard material,” Ahmet said. “We can’t wait to bring his creative work back to the stage with the musicians he loved to play with … who are committed to being part of this epic endeavor. When I spoke with them, they were excited at the prospect of performing alongside Frank once again and can’t wait to give fans an unforgettable experience.”

“Frank was an innovator and his art transcended so many different mediums,” said Frank’s daughter Diva, also a co-trustee of the Zappa Family Trust. “He left behind such an extensive body of work and we want to celebrate his music with really creative and unique live hologram productions that will introduce his music to a new generation of fans and let so many that enjoyed his music when he was alive experience it again.”

Frank Zappa visited the Stern Show multiple times including in 1985 when he and Howard famously attempted a duet of the Kingsmen classic “Louie Louie.” Frank also discussed investing much of his money at the time into his music equipment. In 2016, Lady Gaga came on the Stern Show and talked about buying Frank’s old house, complete with his basement recording studio. Click here to listen to her full interview with Howard.

Tour dates for “Frank Zappa – Back on the Road: The Hologram Tour” will be announced soon. For more information click here.