The band, comprised of many of the late legend’s past collaborators, will perform again in 2018 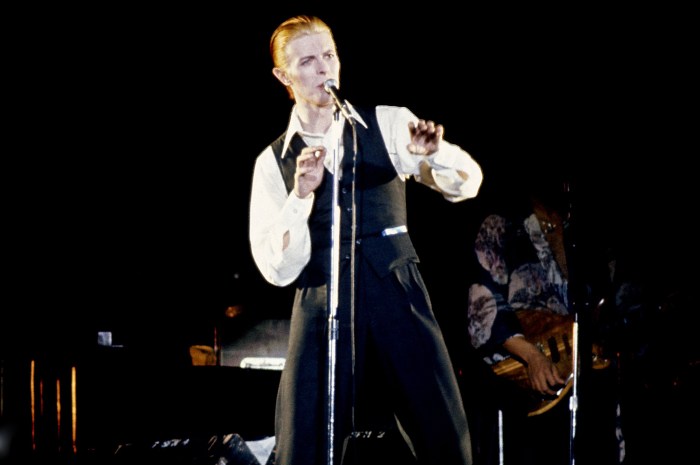 David Bowie’s former collaborators are getting the tribute band back together.

Key members from the late legend’s various backing bands came together earlier this year for the “Celebrating David Bowie” tour, a handful of shows during which they honored his legacy and played many of his classic songs. Now, the “Celebrating David Bowie” tour has been resurrected once more with a string of 2018 North American shows, stretching from Feb. 10 in Philadelphia through March 11 in Portland, Ore.

“The last shows were about communities coming together to reflect on David and his music,” tour producer and guitarist Angelo Bundini, a.k.a. Scrote, told Rolling Stone. “But David was famous for not being nostalgic so this time we’re going to follow his lead by being more Bowie future than Bowie past. It’s the same beloved Bowie catalogue, but a whole new approach that’s even more Bowie than our last shows.”

“We have some amazing surprises planned this time,” Scrote continued. “I don’t like to give away too much detail but I will say that we will perform all the very biggest Bowie songs you’d expect plus many favorites we didn’t play last time from ‘Space Oddity’ all the way up to ‘Blackstar. ‘We’ll touch on everything one way or another.”

Bowie, who died in January 2016 after battling with cancer, once made a surprise appearance at Howard’s 1998 birthday bash. “Rest in peace David Bowie. You are the best. You’re right up there with the greats,” Howard said on-air after his passing. Listen to more of Howard’s remembrance as well as Bowie’s birthday bash performance (below)