Even though the tracks on Silversun Pickups’s next EP have identical titles to those found on the band’s 2015 album, their new sound goes beyond compare. As its name would suggest, “Better Nature (Revisited)” offers both remixes and acoustic versions of three previously released songs reimagined and re-recorded by other singer-songwriters and record producers, including the single “Nightlight” remixed by MNDR.

Listen to the exclusive audio of the “Nightlight” remix in the video (above).

“It’s really quite special for us to hear artists that we respect take all of our blips and bloops and turn them into something unique and full of character,” lead singer Brian Aubert said of the new record. “These are hands down our favorite remixes in our remixed world. We’re glad to share these with you as a nightcap to the adventure that was ‘Better Nature.’” 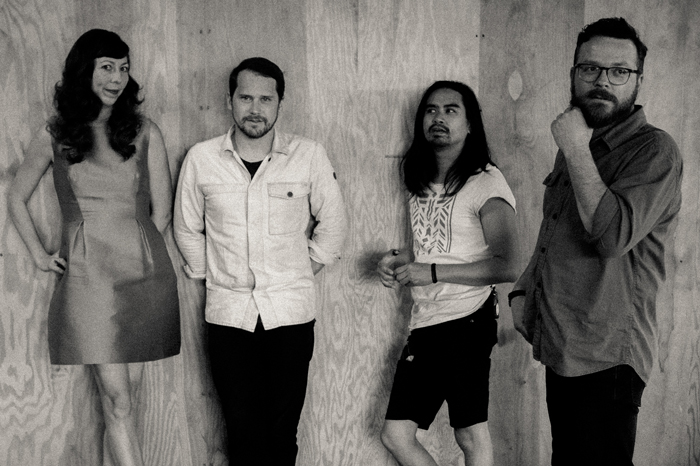 When they’re not busy making new music or touring the world, Silversun Pickups are most likely listening to the Stern Show. In 2016, Brian and bass guitarist Nikki Monninger visited the Wrap Up Show and told co-hosts Jon Hein and Gary Dell’Abate they’ve been listening to Howard since the early ‘90s – Nikki became a fan once the Stern Show debuted in Los Angeles and Brian first became aware of Howard from his Channel 9 show.

“I started hearing it in rides to school and it just completely blew me away because it was the first time I heard pauses … and just real people talking,” Brian recalled during his most recent Wrap Up Show visit.

Brian was also once lucky enough to get a little face time with Howard at a book signing after buying “Miss America” for his dad – Howard’s autograph made it an even sweeter gift.