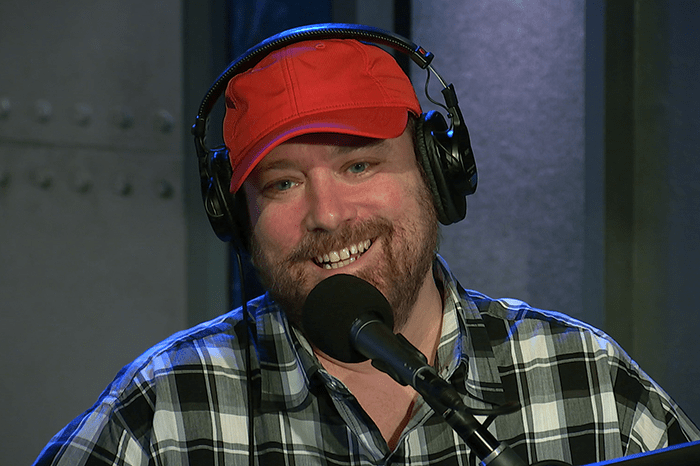 Despite calls from certain fans to keep Benjy Bronk out of the studio, the Stern Show staffer expressed a popular opinion about the annual company holiday party when he got a chance to speak with Howard on Tuesday morning.

“I really appreciate [that] you throw it every year. And every year I tell you it’s incredible, it’s like a great party,” Benjy began. “The truth is, it’s so fucking loud. … it’s just so fucking loud you can’t talk to anyone, you can’t hear shit, and you have to yell to talk,” he continued.

Howard was pleasantly surprised by the clarity of his comment. “I can take you seriously because you’re sticking to the topic and you’re making a statement and the statement you’re making is true,” he told Benjy.

Moreover, both Robin and Fred agreed, too. “That was amazing. Kudos,” the latter said.

Howard explained he only has the loud music because he thought he was a “fuddy-duddy” and wanted to make sure everyone else had a good time, but would prefer mellow music. “I get such a dry throat that I shut up and I get exhausted trying to talk to everyone,” he added.

Even the karaoke setup came under review as a result of Benjy sharing his sentiment, but with Ronnie “the Limo Driver” Mund and Sal Governale belting out tunes each year, it might have to remain.