Bruce Springsteen Is Bringing His Music and Life Stories to Broadway 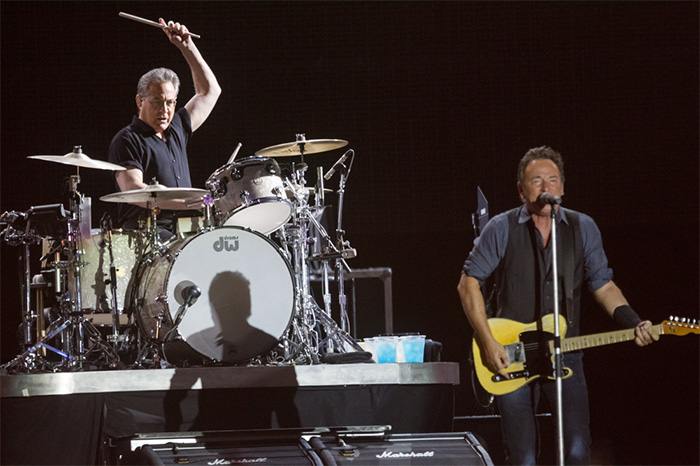 The Boss has been selling out stadium concerts for decades, but in October he’s looking to get considerably more intimate with his fans.

Bruce Springsteen revealed he will be bringing his music and his life story to Broadway. His show, “Springsteen on Broadway,” kicks off an eight-week run in October at Manhattan’s Walter Kerr Theater.

The relatively tiny venue is a far cry from his typical concert locales, filled usually with tens of thousands of screaming fans, but Bruce wants this Broadway experience to be “as personal and intimate as possible,” according to the New York Times.

“I chose Broadway for this project because it has the beautiful old theaters which seemed like the right setting for what I have in mind,” he said in a statement. “In fact, with one or two exceptions, the 960 seats of the Walter Kerr Theater is probably the smallest venue I’ve played in the last 40 years.”

In addition to performing his own music, the show will feature Bruce sharing personal stories and even reading excerpts from his 2016 autobiography “Born to Run.”

When music mogul Jimmy Iovine made his Stern Show debut in June, he shared several amazing stories about Bruce’s glory days, including working as an engineer on the Boss’s seminal and deeply personal 1975 album “Born to Run.”

“Bruce is not for sale. He’s not even for rent,” Jimmy told Howard. “There is nothing you have that he wants.”

Listen to Jimmy and Howard’s full Bruce Springsteen discussion (below).