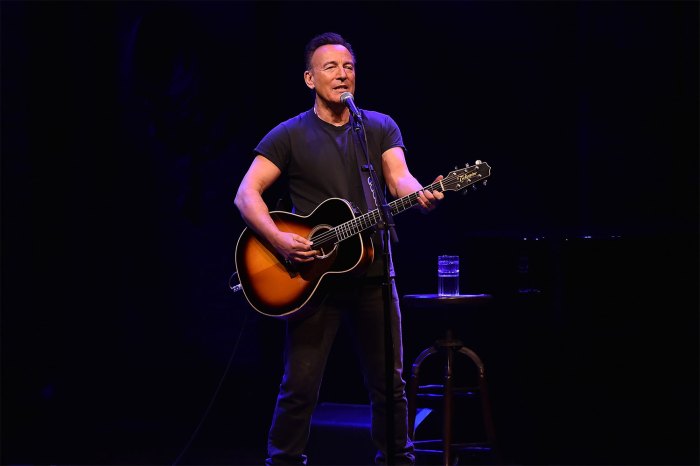 Bruce Springsteen performs onstage during a special performance of “Springsteen on Broadway” in front of an audience of SiriusXM subscribers at Walter Kerr Theatre on March 14, 2018 in New York City Photo: Getty Images

Any Bruce Springsteen super fans who also happen to be Netflix subscribers will later this year be able to check out the “Born to Run” singer’s Tony-winning, one-man show from the comfort of their own couches.

On Wednesday, the digital streaming giant announced “Springsteen on Broadway” is headed to Netflix. The special debuts Dec. 15, the same night the Boss is set to conclude his critically acclaimed theater run.

“We are thrilled to bring Bruce Springsteen — a master storyteller, humanitarian and voice of the everyman — to Netflix in this historic one man show,” Netflix chief Ted Sarandos said in a statement. “This groundbreaking experience defies the boundaries of theater, concerts and film and will give our global audience an intimate look at one of the biggest cultural icons of our time.”

As Stern Show listeners may remember, the rock legend performed in front of an audience of SiriusXM subscribers—and also the Stern Show’s own Howard, Robin, Gary Dell’Abate, and Fred Norris—back in March, enabling both Gary and Howard to see “Springsteen on Broadway” for a second time.

“Halfway through the show, my wife goes, ‘Is it as good as it was the first time?’ And I go, ‘I don’t know how it is, but it’s better,'” Gary recalled the next day on-air.