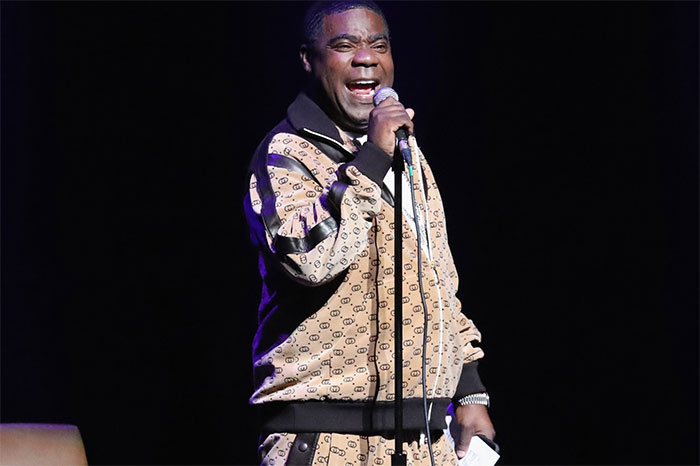 If Tracy Morgan thought his courtside view for New York Knicks games was nice, he’s really going to love his seat for the biggest award show in sports.

The comedian, actor, recent Stern Show guest, and avid Knicks fan has been tapped to host the 2019 ESPY Awards, according to reports. The sports-centric event will be broadcast live from Los Angeles next month.

“I am very excited to be hosting The ESPYs,” Morgan said in a statement. “I hope my Uncle Sidney Poitier is there with my biological father Tony Dorsett and my second cousin Herschel Walker. And Bo Jackson I want my two dollars back!”

“Tracy is effortlessly funny and deeply passionate about sports,” the show’s executive producer Maura Mandt added. “He’s a natural choice to host The ESPYS and we’re thrilled to have him. Few people can own a room like Tracy Morgan, and I can’t wait to see what he has in store for the show.”

Tracy, who currently stars on TBS’s “The Last O.G.,” spoke about his love for basketball during his May visit to the the Stern Show. He told Howard about his seats at Madison Square Garden, clued listeners in on the meaning of his “agua” chant, and even revealed he believes his beloved Knicks might soon be headed for an NBA Championship.

Watch a clip from his conversation with the King of All Media (below).