Seth Rogen Talks ‘Pineapple Express 2,’ Script Doctoring, and Why He Was Scared to Do an Accent in ‘American Pickle’

Actor, writer, producer, and budding potter covers a variety of subjects in his Stern Show return

Hollywood superstar Seth Rogen wrote, directed, and produced countless hit movies and TV shows over the past few decades, but in “An American Pickle” it’s the Canadian-born entertainer’s acting chops on full display. He plays two wildly different parts in the film: Herschel, a thick-accented immigrant laborer from the 1920s, and Ben, his white collar descendent.

“The first day of doing the accent was one of the most scared I’ve been as an actor,” Seth told Howard on Wednesday during his Stern Show return. “For me, it’s like a big swing, you know? I’ve never done that before in a movie and I’ve been acting in movies for 20 years.”

“It was nerve-wracking. Honestly. It was very scary at first and then I slowly loosened up,” he continued.

To perfect the Eastern European accent, Seth worked with a coach, listened to voice recordings from the region and time period, and even took some cues from one of cinema’s most enduring villains: Count Dracula. “It almost slips into Dracula a little bit,” he laughed while demonstrating Herschel’s voice on-air for Howard and his listeners.

Nailing the character’s look wasn’t easy, either, and required Seth to grow out a lengthy beard. “That was my real beard,” he said. “I refused to wear a fake beard for the movie because I just don’t think they look good.”

Herschel meets his great grandson in the movie after being preserved in pickle brine for 100 years. While Seth conceded the science behind “American Pickle’s” premise was shaky, he said connecting with one’s ancestors is a universal theme.

“It’s really what was fascinating about the movie: what if me and my grandfather were the same age?” Seth said. “He’d probably hate my guts, you know? He tolerated me as an old man. If we were both in our mid-30s, I think we would not have got along.”

Howard particularly appreciated Rogen’s film mentioning the Cossacks, which he recalled his father warning him about when he was a kid.

“I was afraid of the Cossacks, also,” Seth laughed.

“An American Pickle” also gave Seth an opportunity to explore his relationship with Judaism. “I’d say it’s one of the most outwardly Jewish films ever made, probably. It’s very Jewish. It’s about Jewish identity. It’s about having Jewish DNA. It’s about being inseparable from your Judaism, even if you do not relate to it at times,” he told Howard. “All these things are themes that I’ve grown up thinking about my whole life.”

Like so many other features in the age of coronavirus, “An American Pickle” was originally slated to debut in theaters before the pandemic upended the entire industry. As Howard noted, this isn’t the first time an unforeseeable event kept one of Seth’s movies off the big screen. His and James Franco’s comedy “The Interview” was famously denied a theatrical premiere after Sony was hacked in 2014.

“Every time you’re ready for theatrical release … it ends up on TV,” Howard said.

While discussing the business side of show biz, Howard also asked Seth about long-standing rumors of a “Pineapple Express” sequel.

“We tried to make one. Thanks to the Sony hack, you can like actually find the email when Sony killed the movie,” Seth said. “It was something we were very open to several years ago, but Sony was not that interested in it.”

“Why wouldn’t they jump at the idea of a ‘Pineapple Express 2’?” Howard asked.

“I think we probably wanted too much money,” Seth said. “Studios, they don’t like giving away money. Weird thing,” he added with a laugh.

Howard nevertheless appreciated Seth’s willingness to lean into the stoner comedy sub-genre. “I still find drug humor, weed humor some of my favorite humor,” he said. “I love it and I feel like people are afraid to make those movies —not you … they’re afraid to look stupid.”

“Luckily, that’s not a fear I have,” Seth laughed.

“It’s a tough genre … When we made ‘Pineapple Express’ there were not a lot of great weed movies … They looked at us like we were fucking so stupid and crazy,” he continued. “I grew up doing a lot of hallucinogens, so I think my concept of what is within the realms of possibility is maybe slightly different than other people.”

Crazy though some of his ideas may appear on paper, it’s hard to argue with Seth’s track record of making quality movies. He believed that’s the biggest reason studios continue greenlighting his projects. “The thing that allows studios to keep banking on us, more so than [profits], is that generally the movies turn out well—and a good product is a good place to start,” he said.

Seth said he and his creative partner Evan Goldberg have managed to get most of their favorite projects green-lit … eventually. “Some things just take time. Sometimes you just need to think about something for years before you figure it out,” he said. “Creativity works weirdly sometimes.”

One of Seth and Evan’s current works-in-progress involves aliens coming to Earth to give humanity a test. “The planet will live or die based on how you do on this test and we’re going to pick one human representative to be the vanguard of all humanity—and I get picked as that person,” he explained.

“That’s a good premise but around eight years later that’s still all we have,” he said.

That particular project aside, Seth is so respected as a screenwriter Hollywood studios sometimes hire him to doctor existing scripts. For example, Universal recently brought him in on Robert Downey Jr.’s family comedy “Dolittle.” “They were having problems with the movie and were calling in people to help kind of get to the bottom of it,” he explained.

Howard thought getting paid to save someone else’s movie sounded like an intriguing gig.

“On the grand scale of being a writer, it’s a cushy position to be in,” Seth agreed. “Stakes are low for you in that role, which is nice, but also you want to help.”

“I like movies and I like the actors in that movie,” he continued. “I genuinely want to make things better if I can.”

Seth, who produced “Future Man,” “Preacher,” “Black Monday,” and “The Boys” in recent years, also knows his fair share about the TV industry. Howard was eager to hear his take on the 2020 Emmys nominations and Seth revealed he was thrilled “Schitt’s Creek” got nominated for best comedy series.

“‘Schitt’s Creek’ is funny and it’s a Canadian show,” he said. “The fact a Canadian TV show has broken through in America is truly unprecedented. It is absolutely remarkable and I could not be happier for those people—and Catherine O’Hara is on it and she’s the funniest person on earth.”

Before letting Seth go, Howard asked the noted marijuana enthusiast a few questions about how his weed habits have evolved since the arrival of COVID-19. “Would you share a joint with anybody during these times?” he asked.

“Absolutely not. I don’t know if anyone’s sharing a joint again any time soon,” Seth said.

As Stern Show fans recall, executive producer Gary Dell’Abate didn’t hold the same reservations when he shared a pipe with a friend during the pandemic. As Howard told the story to Seth, the actor shook his head in disbelief.

“We were drunk. We wiped the pipe down with an alcohol rub,” Gary chimed in.

Seth saw how cleaning the pipe might help, but he remained unconvinced. “Until there’s a vaccine I’m not sharing joints with anyone,” he said. “And I’m lacing all my joints with the COVID vaccine as soon as it’s available.” 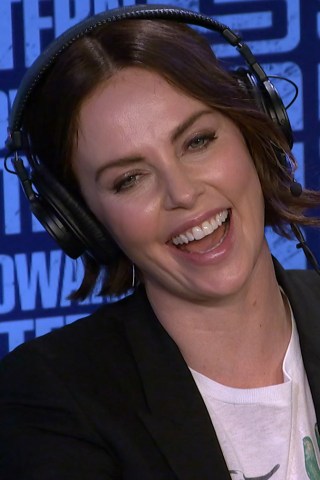 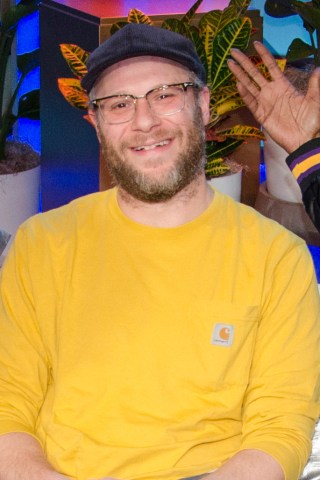 Seth Rogen on Weed, Vaping, & His Love of Pottery 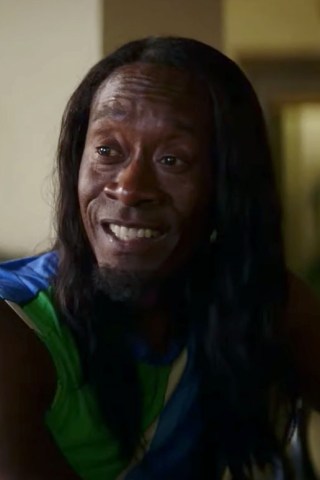 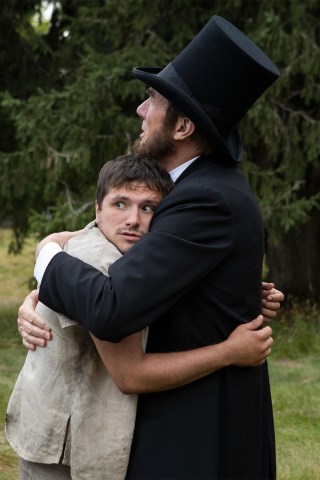 Seth Rogen’s ‘Future Man’ Drops Season 3 Trailer
You Give us your email Address we'll give you even more howard!