Noel Gallagher’s High Flying Birds just released a dance-filled music video for its new single “Blue Moon Rising.” The tune serves as the title track off the band’s next EP, available in March.

Directed by Dan Cadan and Jonathan Mowatt, “Blue Moon Rising” stars actors Jack O’Connell (“Unbroken”) and Gala Gordon (“Bulletproof”). The video was filmed at the popular London nightclub Scala and spends most of the 225-second runtime showcasing the actors’ dance moves as well as splicing in some shots of Gallagher himself.

“Blue Moon Rising” is the second single off Gallagher’s forthcoming EP, following “Wandering Star,” released in November. The rock icon, Oasis legend, and 1997 Stern Show guest released the song on social media along with a statement revealing its many influences, fellow Stern Show veterans Metallica among them. “How it manages to combine the influences of Metallica, The Jesters of Malice, Mantovani, Robinson Crusoe as well as Bob Marley AND The Wailers is literally beyond me,” Gallagher said.

As Stern Show fans will remember, Noel’s brother and longtime Oasis bandmate Liam Gallagher sat down with Howard in 2017 and performed solo songs, Oasis hits, and revealed he’d be happy to one day get the band back together with his brother—just as soon as they can start getting along. “When we start liking each other, inevitably I think the next step would be to take the band out for a little spin around the block,” Liam told Howard, adding, “I love Oasis, it’s the best thing ever.”

When Noel joined the Stern Show in 1997, meanwhile, he wowed listeners with acoustic renditions of some of Oasis’s most enduring hits. Watch his “Don’t Look Back in Anger” performance (below).

Kate Hudson Plays a Drug Dealer in Sia’s ‘Music’
You Give us your email Address we'll give you even more howard! 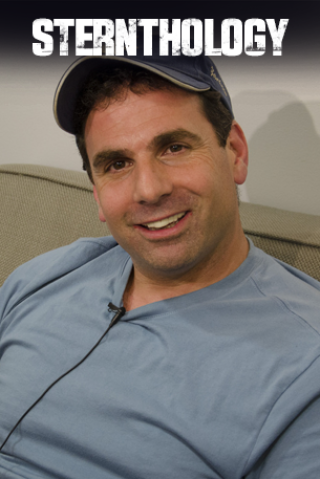