Billie Eilish jogs up a mall escalator before loading up on food court snacks in the music video for her new song “Therefore I Am.”

Directed by the five-time Grammy winner and Stern Show veteran herself, the clip sees her running through Southern California’s Glendale Galleria. Billie has the mall to herself, but she doesn’t partake in much shopping. Instead she ransacks the food court, grabbing a Wetzel’s pretzel, chips from Chipotle, a donut, and a soft drink and fries from Hot Dog on a Stick.

Billie will perform “Therefore I Am” for the first time on Nov. 22 at the American Music Awards, where she’s nominated for multiple awards, including Favorite Artist in the Alternative Rock category. “Therefore I Am” is the second video she’s released in as many months, following the clip for “No Time to Die,” her theme song for the upcoming James Bond film of the same name.

“Therefore I Am” was written by Billie and her brother Finneas O’Connell. As Stern Show fans will remember, the duo treated Howard to a peek at their song-writing process during their 2019 debut. Billie also performed several songs for Howard and his listeners during the visit. Watch her live rendition of “When the Party’s Over” (below). 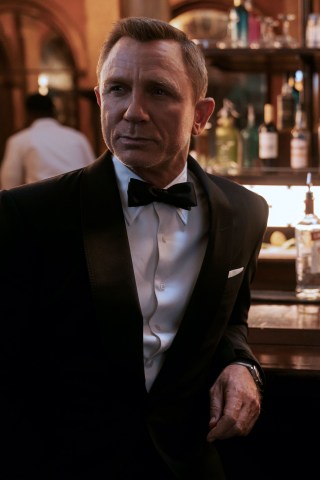 Billie Eilish Gets Animated in New Song ‘My Future…