Ed Sheeran is a ferocious creature of the night in the music video for “Bad Habits,” a new song off the 30-year-old singer, songwriter, and repeat Stern Show guest’s upcoming fifth album.

The electro-pop number serves as Ed’s first official release since his 2019 album “No.6 Collaborations Project.” He co-wrote “Bad Habits” with frequent collaborators Fred Again and Snow Patrol’s Johnny McDaid, the latter of whom is dating Courteney Cox and was a topic of conversation earlier this week during her sit-down with Howard.

In the music video, the normally genteel Sheeran plays a sharply dressed, makeup-caked vampire who flies around with his fangs out and harasses every human he can find. His softer side shines through in the end, however, and Ed befriends a young vampire before heading up to a rooftop to watch the sunrise while strumming his acoustic guitar.

As fans might remember, Ed also whipped out his guitar during his 2017 Stern Show visit, wowing listeners with acoustic renditions of several different covers and original songs. Watch his live, in-studio performance of “Castle on the Hill” (below). 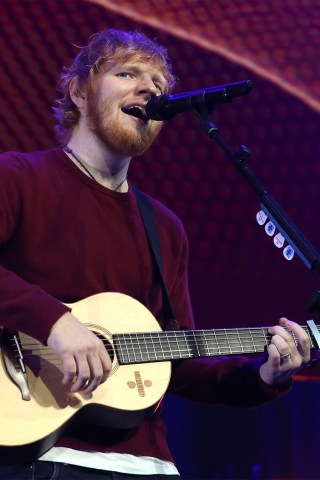 Ed Sheeran Drops Bruno Mars-Directed Music Video
You Give us your email Address we'll give you even more howard!