VIDEO: Tenacious D Rocks the Stern Show’s Socks Off With a 3-Tune Tribute to the Who

“This one is for Howard Stern, the King of All Media, the original Pinball Wizard,” actor and frontman Jack Black says

Tenacious D, the Jack Black-fronted comedy-rock duo that blew up after releasing “Tribute” in 2011, has collaborated with the Stern Show on an altogether different type of tribute: a three-song medley of songs off the Who’s seminal album “Tommy.”

“They were recently at our studios in Los Angeles,” Howard revealed Tuesday morning, explaining Black and bandmate Kyle Gass stopped in after hearing Howard compliment their band’s “incredible” Beatles tribute. “And they did a medley of Who songs for us,” Howard continued. “I watched it seven times last night. That’s how good it is.”

The guys performed parts of “There’s a Doctor,” “Smash the Mirror,” and one of the Who’s biggest-ever hits, “Pinball Wizard.” “This one is for Howard Stern, the King of All Media, the original Pinball Wizard,” Black said before rocking out.

In return, Howard had nothing but kind things to say about Black, who’s been a guest on the Stern Show in the past. “This guy is some talent,” he told co-host Robin Quivers. “He’s playing guitar, he’s singing, he’s funny as fuck in the movies. So, I was thinking, when I do get into the Rock and Roll Hall of Fame—because Robin says I deserve to be in—I want Jack Black to induct me.”

“Anyway, you gotta watch this clip,” Howard told listeners. “A good fucking combo there [in Tenacious D]. I can see why they’re into each other. They seem to have a lot of fun.” 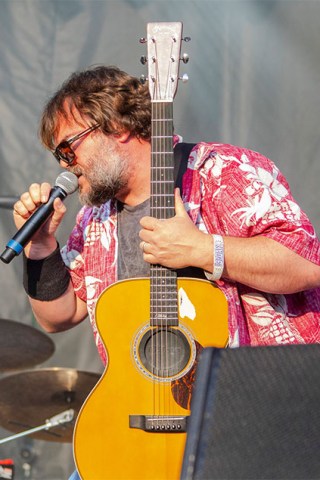 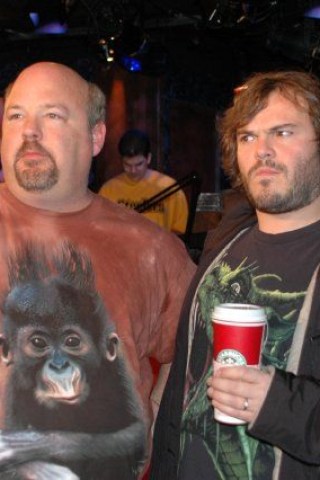