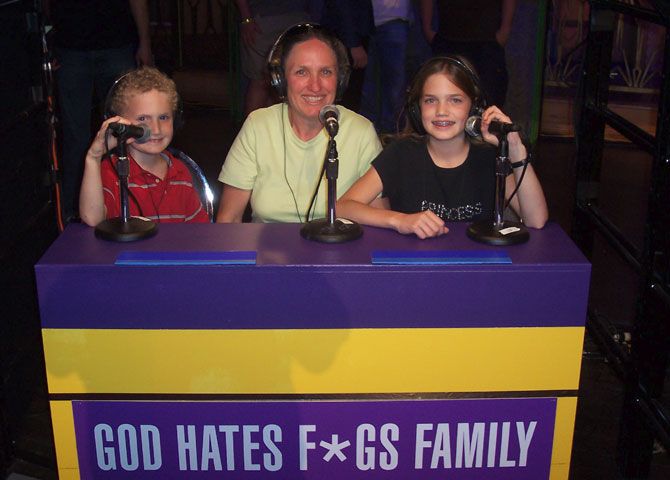 Shirley – the woman who runs “God Hates F*gs” – called in to say the recent tsunami was a punishment to the Swedes because they are pro gay rights laws. She also said Indonesia and Thailand are hot beds of sin and that was another reason God sent them the tsunami. Shirley said not one innocent victim died over there because they were all guilty of sin. Howard tried to explain to her that no one sent the tsunami and Shirley replied that he couldn’t even begin to discuss the tsunami without, “bringing Proverbs One squarely into the vortex.” She then started spouting lines from Proverbs One that didn’t seem to make sense.

Howard got very argumentative with her and said her hatred of gays is wrong. Howard said he knows many fabulous gay people who are in love and in great relationships. In fact, his cousin is gay. His cousin is in a terrific relationship and he and his partner love each other very much. Shirley just replied that unless Howard condemns that relationship, his soul is doomed. Howard said, “Oh well then.”

Howard added that Shirley has really lost her mind over this tsunami thing and everyone over there was an innocent victim, especially the children. He asked her if God goes after people for sinning, why he didn’t take care of Hitler before the holocaust. Shirley said because the Jews are bad and killed Christ. Howard couldn’t take it anymore and told Shirley she’s only being like this to earn her father’s love. If she didn’t obey her father’s wishes, she would be thrown out of the house like her siblings who defied him.