King of All Media also runs into Donnie Osmond 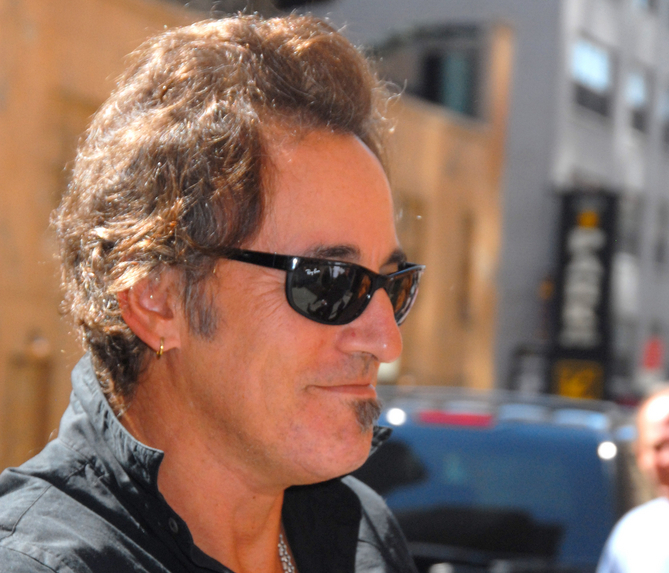 Howard was in a bad mood all weekend because he had a tooth pulled at the dentist and was really sore from it. He was so agitated from the pain that he didn’t drink all weekend. He went to a cocktail party Sunday night though and had a good time. There were a lot of famous people there and Howard was hob-knobbing with them.

He saw Bruce Springsteen at the food table and said hello. Springsteen was nice to him and congratulated Howard on his move to SIRIUS.

Gary said for some reason the fact that Howard met Springsteen excited him and he wondered if that made him gay. Howard said it did. Donny Osmond was also there and was really nice to Howard. Howard said we (at the show) had been under the impression that Osmond was mad at us because during his last visit, Howard asked him why his wife doesn’t give him oral sex. Donny said he wasn’t mad at all and wants to come on the show again. Howard also saw Meryl Streep at the party and was thinking about telling her how one of her interviews had inspired him to act well in his movie, but he never went over to say hello.

Howard also saw rap producer Damon Dash. Dash has been on the show before, but Howard didn’t recognize him. Howard said the thing he liked most about this cocktail party was they actually had plenty of food there. Usually he ends up going out to dinner after these types of parties, but there was so much food he didn’t have to. His only complaint was, he felt bad about eating on the host’s couch, so he had to stand there balancing his plate and wine glass while he ate. Robin wanted to know whose party it was, but Howard wouldn’t say.