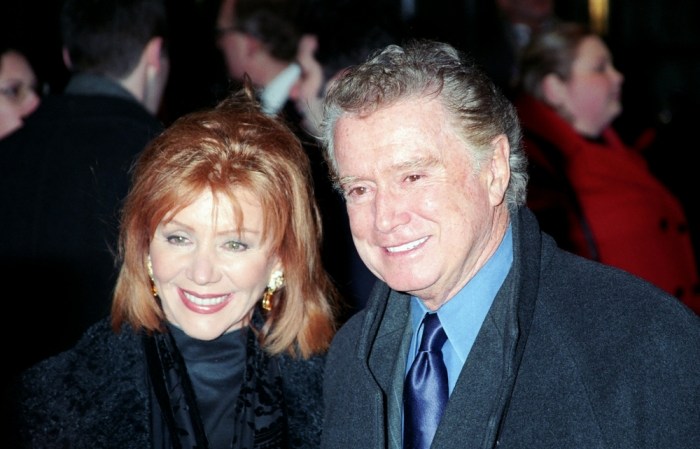 Regis Philbin told a funny story on his show about a mix up he had with Howard recently. Regis and Howard live in the same building and on New Year’s morning, around 7:20 a.m., Regis got a call from the building’s concierge telling him that Howard’s newspapers were ready.

Regis had been up all night hosting the New Year’s Eve special on ABC and was dead asleep. He told the guy he wasn’t Howard Stern, but he’ll check to see if Howard was sleeping next to him. He wasn’t.

Kelly Ripa joked that Howard must have snuck out in the middle of the night. Regis wanted to know why Howard was up so early on New Year’s morning. Howard said he was actually up till 2AM, but he always wakes up at 5AM (no matter what) to walk the dog and read the paper. He then usually goes back to sleep for a while.

Howard said his doorman was freaking out that this would get mentioned on the air, but Howard told him it was no big deal. Howard said Regis and his wife are really nice to him, although it took Regis’ wife a little longer to warm up to him.