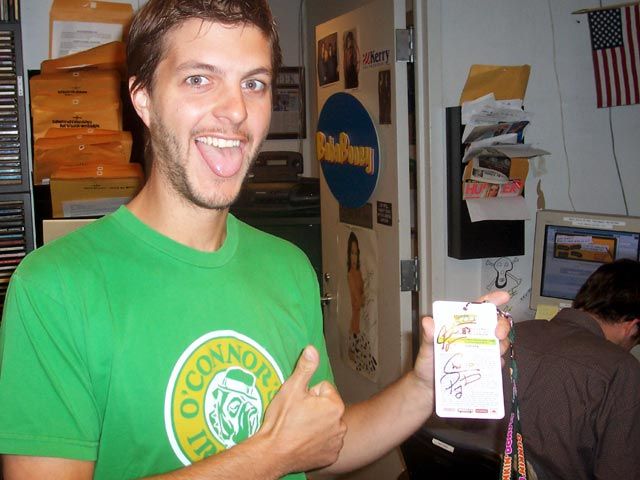 Howard said he was starving this morning because his breakfast wasn’t here. Segment Producer Will Murray, who gets Howard’s breakfast every morning, said he went to the deli and it appeared they had closed down.

Howard said he bet Will just went to the place and it wasn’t opened, yet so he left. Will denied that, saying he went there to get breakfast, but there was paper up over the windows and all the tables and chairs were gone. Will really thinks they’re closed for good. Howard would really be upset if the place had closed because he loves the egg white omelet with lox they make. He gets it every morning and it’s the only place that gives him “clean” omelets with no grease or anything on it.

In the meantime, Howard told Will to get him a plain toasted bagel with no butter. Howard told him if there’s butter on the bagel he’s fired. Artie said that’s some motivation to get a plain bagel.

[UPDATE: In case you were wondering, Will did get the butter-less plain bagel thus saving his job. And the deli is closed for good – time to find a new, grease-free egg white fryer in Midtown.]