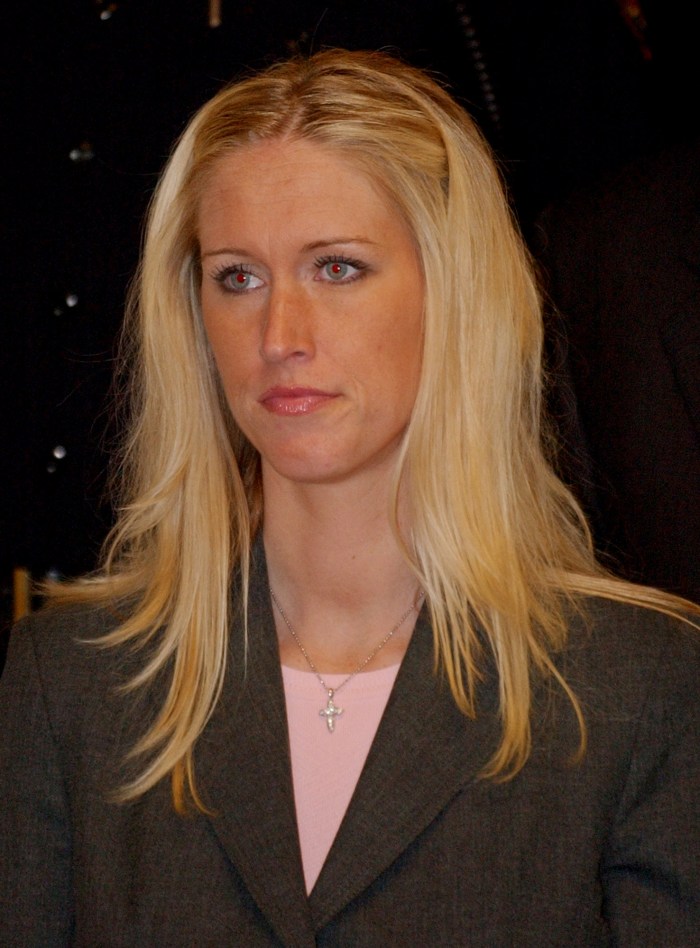 Howard spent the first part of the morning trying to figure out if Scott Peterson’s mistress Amber Frey is hot or not. It’s hard to tell from her pictures. He also talked about her book that’s out now and her book tour. Howard said Amber was on Oprah’s show the other day talking about the book and it seemed like Amber hadn’t even read it. Oprah kept asking her questions about it that Amber couldn’t answer. Robin said Amber didn’t write the book, she didn’t even collaborate on it, it was just written for her. Robin seems to think that Judith Regan wrote the book herself.

Gary chimed in to say he thinks Amber had some plastic surgery done, including breast implants. Howard said her doing a book tour is vile and disgusting. Gary said he hates how some people are making her out to be some sort of hero, like she did a great thing or something. Basically, all she did done was recognize Scott on the news, called the cops and then cooperated with them in helping bring Scott down. She had taped her phone calls with him and after the cops told her they had enough evidence, she kept on taping the calls anyway. Howard said that was probably for the book.

Everyone started talking about Amber’s relationship with Scott and other aspects of her life, but Howard said all that really matters is whether she’s hot or not. That’s all he’s trying to figure out. Howard then went around the room asking everyone to rate her body and face. Here were the results: Fred – 8 body, 3 face Howard – 7 body, 3 face Gary – 7 body, 4 face Artie – hasn’t seen the body, 4 face With the results in, it would appear that Amber is a butter face.