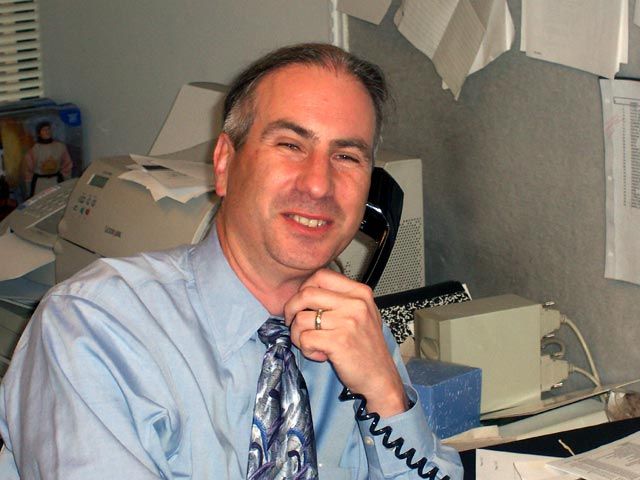 KROCK comptroller and “Restless, Restless” co-writer Tom Gesimondo announced his retirement the other day. Howard said he was shocked to hear it, but even more shocked to learn what he was leaving to do—own a Pilates gym.

Howard said he thought Pilates were for girls and Artie said they’re one step towards becoming a girl. Tom has been at the company for over 20 years and Howard said he bet he was really rich. Howard said Mel Karmazin had “blessed” a small circle of people who had been with him since the beginning with Infinity stock. The stock had made many of them very rich. A bunch of people had left before Howard made his announcement and a bunch more are saying they’re going to leave when Howard does.

Howard wondered if people were leaving the company now because he’s leaving. Chiusano said that he too was shocked by Tom’s announcement, but he doesn’t think Howard’s move to SIRIUS has anything to do with his decision. Howard told Tom C. how goofy he thinks it is that Tom G. is doing Pilates and Chiusano told Howard he does yoga every morning. Tom did a yoga move in the studio and Howard did it with him.

Howard said it was no big deal and he doesn’t know why everyone says yoga is hard. Artie said yoga is one step away from Pilates and two steps away from being a chick. Howard said Chiusano looked like he was getting in a position for Crazy Cabbie to take him from behind when he was doing his yoga stance. Gesimondo called in to thank Howard for the kind words and said Tiger Woods does Pilates, so they’re not that gay. Howard congratulated him again on his move.

Who Would You Shim?

Howard compared Tom Gesimondo’s major life change to that of a guy who all of sudden decides he wants to be a girl and gets a sex change operation. Howard referred to these guys as, “Shims.” Howard said he once worked closely with a guy who out of nowhere decided to have a sex change operation. Howard never saw him as a girl, but bets the dude makes one ugly chick. Howard then came up with a great reality show concept – getting a bunch of Shims on stage and making a straight guy pick which one he’d want to have sex with. You could even throw a really ugly girl in there, like Janet Reno, to see if the guy would rather sleep with a hot Shim or an ugly chick.

Artie said he’d pick the girl every time no matter what, even Janet Reno. Howard then asked him to choose between Tula – who’s a really hot Shim – or Nicole Bass? Artie laughed and said he’d probably have to go with Bass. Howard said Tula was so hot, he might have considered letting Tula give him “hand.”