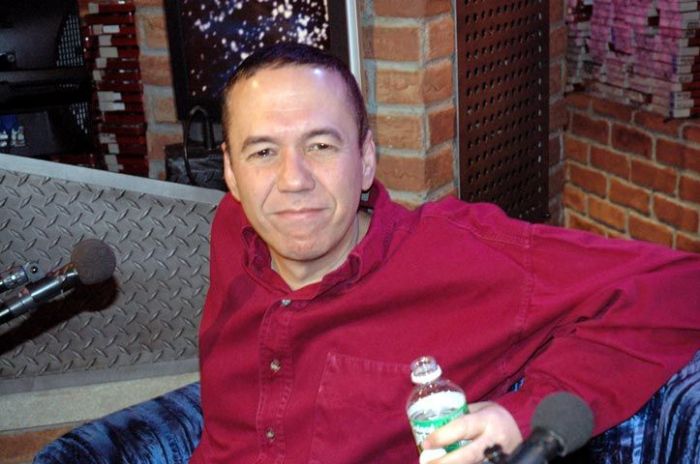 Gilbert Gottfried (the voice of the AFLAC duck), sat in on the news and spent the majority of his time making racial jokes and doing Woody Allen impressions. Howard goofed on Gilbert because he used to go to Al Goldstein’s house all the time for a free brunch and now that Goldstein is broke Gilbert only gave him $20. Gilbert laughed and said he didn’t even give him that much. He said he’s never given to charity in his life. Gilbert told a story about how he was on the Tonight Show recently and got locked in the dressing room bathroom. He started banging on the door and even tried to break a window to get out. He eventually smashed a hole in the door big enough for him to crawl out through.

During the news Howard let Double A come in to give him a birthday present. Howard said that Double A had been waiting around all day to do this. Double A gave Howard a bottle of vodka, some Now and Laters and a clock with a picture of Howard and Beth Ostrosky on it. Gilbert started making fun of Double A’s voice, saying he sounded like the Ratso from “Midnight Cowboy.” At the end of the show the entire KROCK sales staff came in with a cake for Howard. Tom Chiusano said he bought Howard a “Fudgie the Whale” cake in honor of Fred who loves those Carvel cakes. Gary said it was sad because this is Howard’s last birthday ever at KROCK.